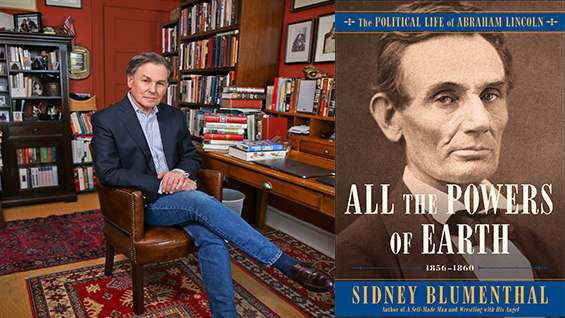 During this free, open event, Sidney Blumenthal, the acclaimed author of two previous volumes on Abraham Lincoln, recounts Lincoln’s astonishing return from the political desert and ascent to the presidency, including his landmark speech at Cooper Union in February 1860. In the talk, Blumenthal discusses his latest book, All the Powers of Earth: The Political Life of Abraham Lincoln, 1856-1860 (Simon & Schuster), which is the third volume of a projected five-part work. He will be joined in conversation with CNN anchor and senior political analyst John Avlon. Strand Book Store will sell books at the event and Sidney Blumenthal will sign copies following the discussion.

General public should reserve a space. Please note seating is on a first come basis; an RSVP does not guarantee admission as we generally overbook to ensure a full house.

To fulfill his own burning ambition and become the unlikely savior of the Union, Lincoln had to first build a new national political party, confront the brilliant demagogue Stephen Douglas, and outmaneuver politicians of far greater standing. History is inevitably seen through the lens of the present moment, but Blumenthal’s account of Lincoln’s political life in the years immediately preceding the Civil War sounds remarkably contemporary. With All the Powers of Earth, Sidney Blumenthal carries the story of Lincoln’s political life through the most intense and crucial years yet, offering a penetrating and panoramic portrayal of American politics on the brink of the Civil War, and of the man who miraculously arose to lead the nation during its time of greatest trial.

Sidney Blumenthal is the acclaimed author of A Self-Made Man and Wrestling with His Angel, the first two volumes in his five-volume biography, The Political Life of Abraham Lincoln.  He is the former assistant and senior adviser to President Bill Clinton and senior adviser to Hillary Clinton. He has been a national staff reporter for The Washington Post and Washington editor and writer for The New Yorker. His books include the bestselling The Clinton Wars, The Rise of the Counter-Establishment, and The Permanent Campaign.

John Avlon is senior political analyst and fill-in anchor at CNN, appearing on New Day every morning. Previously, he was the editor-in-chief and managing director of The Daily Beast between 2013 and 2018, during which time the site's traffic more than doubled to over one million readers a day while winning 17 journalism awards. He is the author of the books Independent Nation: How Centrists Can Change American Politics, Wingnuts: How the Lunatic Fringe is Hijacking America, and Washington's Farewell: The Founding Father's Warning to Future Generations.

Co-sponsored by The Cooper Union for the Advancement of Science and Art, the Strand, and The Common Good 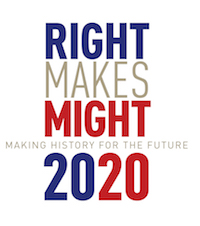