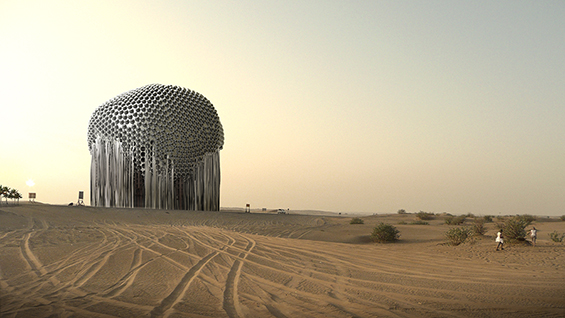 Peter Trummer is Professor for Urban Design and Chair of the Institute for Urban Design (IOUD) at the University of Innsbruck and Visiting Professor at Southern California Institute of Architecture ( SCI-Arc) in Los Angeles and was the Head of the Associative Design Program at the Berlage Institute in Rotterdam from 2004 to 2010. He holds Guest Professorships at the Städelschule in Frankfurt, at School of Design of the University of Pennsylvania from 2011-2014 and at the Academy of Fine Arts in Vienna in 2009. He received his Master Degree at the Technical University in Graz by Günther Domenig and received his Postgraduate Degree at the Berlage Institute in Amsterdam in 1997. He established his own practice in 2001. He lectures and was invited as a critic at the AA in London, the University for Applied Art and Fine Art in Vienna, the IAAC in Barcelona, the SCI-Arc in Los Angeles, the University of Pennsylvania, the Rice University in Houston, School of Architecture in Princeton, the GSD at Harvard University and at the School of Architecture at Yale.

His work was exhibited at the Secession in Vienna and the Venice Biennale in 2006 and 2012.

This event is open to current students, faculty and staff.