Nadir Bouhmouch, Against Monoculture: Art and Food from Below 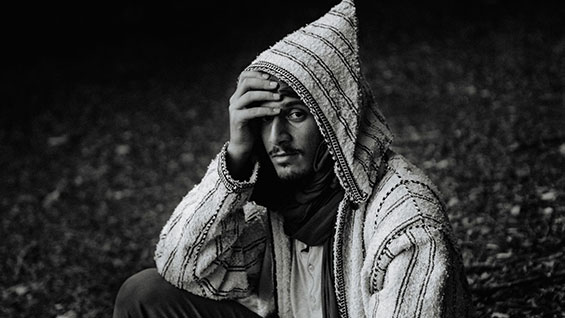 Nadir Bouhmouch delivers an online free, public lecture about monoculture as part of the Fall 2020 Intra-Disciplinary Seminar series. If we destroy a forest, we destroy the poetry about it. If we destroy the poetry about it, we destroy the forest. Today, capitalism and the state have destroyed biodiversity. But could the same be said of artistic "biodiversity" and local cultural "eco-systems"?  What are the limits of conceptual frameworks like “cultural imperialism” or “gharbzadegi”? Could liberal “universalism” and “globalisation from above” represent a push towards a global artistic “monoculture"? Why do films from France, Argentina, and Tunisia look increasingly similar? Could we see art in the same way that food sovereignty advocates see the loss of seeds and local agricultural knowledge adapted to specific ecosystems?

Nadir Bouhmouch is a filmmaker, writer, and co-founder of the AWAL oral and popular arts program in Marrakech. Nadir’s filmic works include My Makhzen & Me (2012), a web documentary about Morocco’s February 20th uprising, Timnadin N Rif, and Paradises of the Earth. Produced collectively by the community of Imider, his latest film, Amussu, had its premiere at HotDocs and the International Documentary Festival of Amsterdam. Nadir has also published various articles and essays, including "Before the 'End of the World:' Art and Ideology in Bled Siba," "The Rif and the Moroccan State’s Economic Pressure Cooker” and “Morocco: Green for the Rich, Grey for the Poor.”