World-renowned artist Judy Chicago will be joined in conversation by writer Sarah Thornton around the release of Judy Chicago: New Views (National Museum of Women in the Arts and Scala Arts Publishers), the first major monograph on the artist in nearly 20 years. For almost six decades, Chicago has been a steadfast champion for overcoming the erasure of women’s achievements through her work. New Views provides fresh look at Chicago’s entire career and accompanies the 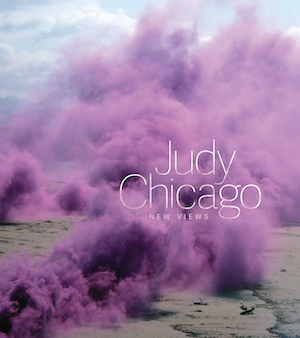 debut of her latest body of work in an exhibition at the National Museum of Women in the Arts (NMWA) in Washington, D.C. titled, Judy Chicago—The End: A Meditation on Death and Extinction, as well as gallery shows this fall in Los Angeles and New York. The publication provides a re-examination of Chicago’s wide-ranging artistic expression through essays written by Thornton who wrote the introduction, as well as Hans Ulrich Obrist, Jonathan D. Katz, Martha C. Nussbaum, Massimiliano Gioni, William Simmons, and Susan Fisher Sterling.

Salon 94, which is showing Judy Chicago: Picturing Extinction; Studies for The End, as a complement to the NMWA exhibition, at their Freeman’s Alley gallery, will sell books at the event. Limited edition products by Prospect will also be available, including Chicago's fine bone china plates, silk throw pillows, scarves, sweatshirts, t-shirts, and a new pomegranate goddess soap sculpture. Judy Chicago will be signing products and copies of Judy Chicago: New Views following the discussion.

The event is free and open to the public. General public should reserve a space. Please note seating is on a first come basis; an RSVP does not guarantee admission as we generally overbook to ensure a full house.

Judy Chicago is an artist, author of 14 books, educator, and humanist whose work and life are models for an enlarged definition of art, an expanded role for the artist, and women’s rights to freedom of expression. Born in Chicago, Illinois, in 1939, she attended the Art Institute of Chicago and the University of California, Los Angeles. Chicago is best known for her role in creating a feminist art and education program in California during the early 1970s. Over the subsequent decades, she has approached a variety of subjects in a range of mediums, including the Birth Project; PowerPlay; the Holocaust Project: From Darkness into Light; and Resolutions: A Stitch in Time. 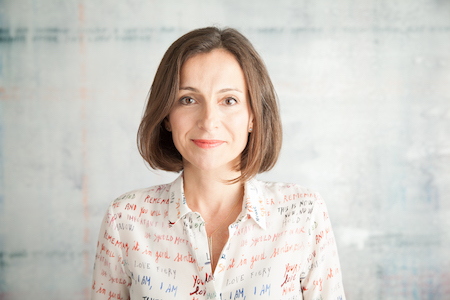 Sarah Thornton is an ethnographer who writes about art, design, and people. Formerly the chief correspondent on contemporary art for The Economist, Thornton is the author of three critically acclaimed books – Seven Days in the Art World, 33 Artists in 3 Acts, and Club Cultures: Music, Media and Subcultural Capital. Thornton has a B.A. in Art History and a Ph.D. in Sociology. A Canadian who went to the United Kingdom on a prestigious Commonwealth Scholarship, Thornton was once hailed as “Britain’s hippest academic.” Now based in San Francisco, Thornton is better known as “the Jane Goodall of the art world.”

Produced in collaboration with Salon 94, New York on the occasion of her g