The concept of Environmental Reproductive Justice was born out of the work of Native American midwives and health workers, concerned about how environmental disruption and contamination were impacting the fertility of their communities—the ability to physically and culturally reproduce. An important part of that cultural reproduction has been through maintaining and reclaiming traditional food systems. Elizabeth Hoover's talk will explore how Native communities have drawn on the environmental, reproductive, and food justice and food sovereignty movements as part of a movement towards resilience and health. The program is part of a community-wide online lecture series around the theme of intersectional justice. 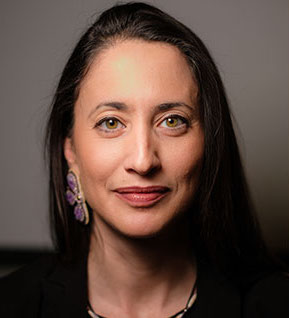 Elizabeth Hoover is an associate professor in the Environmental Science Policy and Management  department at the University of California Berkeley whose work focuses on food sovereignty and environmental justice for Native communities. Her first book The River is In Us: Fighting Toxics in a Mohawk Community, (University of Minnesota Press, 2107) is an ethnographic exploration of Akwesasne Mohawks’ response to Superfund contamination and environmental health research. Her second book project-in-progress From Garden Warriors to Good Seeds: Indigenizing the Local Food Movement explores Native American community based farming and gardening projects; the ways in which people are defining and enacting concepts like food sovereignty and seed sovereignty; the role of Native chefs in the food movement; and the fight against the fossil fuel industry to protect heritage foods. She also recently co-edited a book Indigenous Food Sovereignty in the United States with Devon Mihesuah (University of Oklahoma Press, 2019). Elizabeth has published articles about Native American food sovereignty and seed rematriation; environmental reproductive justice in Native American communities; and tribal citizen science and community based participatory research. Outside of academia, Elizabeth serves on the executive committee of the Native American Food Sovereignty Alliance (NAFSA) and the board of North American Traditional Indigenous Food Systems (NATIFS) and the Freed Seed Federation.

This series is co-organized by the Office of Student Affairs and Associate Dean Nada Ayad as a continuation of a reading and discussion series for first-year students that was held as part of the Fall 2020 new student orientation. In the spirit of The Cooper Union mission, the Black Student Union and the Cooper Climate Coalition, along with several other Cooper students and faculty, were deeply involved in the articulation of the program as well as in contributing to the reading list and suggesting speakers.