Entanglements | Hélène Frichot and Naomi Stead in conversation with Michael Young: Writing within and without architecture 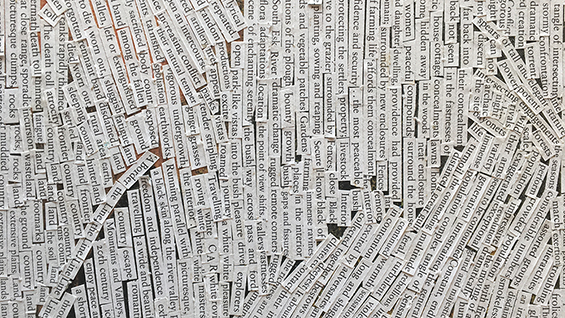 What happens when fiction, experimental writing, and criticism are combined and applied to architectural projects and problems? Ficto-Criticism is a mode of writing which fuses the genres of essay, critique, and story. When extended into the domain of architecture, it can challenge assumptions about contemporary social and political realities, and the boundaries of the discipline itself. Architects and fiction writers share the same ambition: to imagine new worlds into being. Every architectural proposition is a kind of fiction before it becomes a built fact; likewise, every written fiction relies on the construction of a context in which a story can take place. Reflecting on their recently-released edited collection Writing Architectures: Ficto-critical Approaches (Bloomsbury, 2020) Hélène Frichot and Naomi Stead consider ficto-critical approaches to writing, as a creative architectural practice.

A live debate and conversation will follow moderated by Lydia Kallipoliti.

Naomi Stead is a Professor and Head of the Department in Architecture at Monash University. She is a past President of the Society of Architectural Historians of Australia and New Zealand. Her research interests lie in architecture’s cultures of re/production, mediation, and reception. She is an award-winning and widely published architecture critic, having written more than fifty commissioned feature and review articles in professional magazines, and is presently a columnist for the online journal Places, where she writes essays on concepts and mythologies within and without architecture. Her most recent book, co-edited with Janina Gosseye and Deborah van der Plaat, was Speaking of Buildings: Oral History in Architectural  Research (Princeton Architectural Press, 2019). It has been shortlisted for the Colvin Prize by the Society of Architectural Historians of Great Britain. She was the Leader of the Australian Research Council project ‘Equity and Diversity’ in the Australian ‘Architecture Profession: Women, Work and Leadership,’ which led to the co-founding (with Justine Clark and others) of Parlour, an activist group advocating for greater gender equity in architecture. Her most recent ARC project explores the work-related wellbeing of architects and architecture students, under the title ‘Architectural Work Cultures: professional identity, education and wellbeing.’ She is co-editor, with Hélène Frichot, of Writing Architectures: Fictocritical Approaches (Bloomsbury, 2020).

Architectural theorist and philosopher, writer and critic, Hélène Frichot is Professor of Architecture and Philosophy, and Director of the Bachelor of Design, Faculty of Architecture, Building and Planning, University of Melbourne, Australia. She is Guest Professor and the former Director of Critical Studies in Architecture, School of Architecture, KTH (Royal Institute of Technology) Stockholm, Sweden, where she was based between 2012-2019. In 2017 she was the recipient of a Riksbankens Jubileumsfond Swedish sabbatical grant, outcomes of which included Creative Ecologies: Theorizing the Practice of Architecture (Bloomsbury 2018), and with Isabelle Doucet, a special edition of ATR (Architectural Theory Review), Resist, Reclaim, Speculate: Situated Perspectives on Architecture and the City, 2018. She was an editor and the project leader on the double volume Architecture in Effect (Actar 2019), gathering research emerging from a FORMAS Swedish Research Council funded Strong Research Environment of the same name. With Catharina Gabrielsson, she participated on the Vetenskapsrådet Swedish Research Council grant, Transversal Writing, one writing experiment of which was recently published with the TU Delft journal Writingplace (2019). She is the author of How to Make Yourself a Feminist Design Power Tool (AADR 2016), and Dirty Theory: Troubling Architecture (AADR 2019) and editor on a number of publications. She is on the steering group of the AHRA (Architectural Humanities Research Association, based in the UK.

Michael Young is an architect and educator practicing in New York City where he is a founding partner of the architectural design studio Young & Ayata. Young & Ayata was awarded one of two first prizes in the international competition for the New Bauhaus Museum in Dessau, Germany. They were the recipients of the Young Architects Prize from Architectural League of New York, finalists in the 2015 MoMA YAP Program in Istanbul, Turkey and their entry for the Dalseong Citizen's Gymnasium in South Korea received an honorable mention. A book length manifesto titled "The Estranged Object: Realism in Art and Architecture", written by Michael was published in the Spring of 2015 by the Graham Foundation. Recently, the firm's work was exhibited at the Museum of Modern Art-New York, the Istanbul Modern, the Graham Foundation, SCI-Arc and Princeton University.