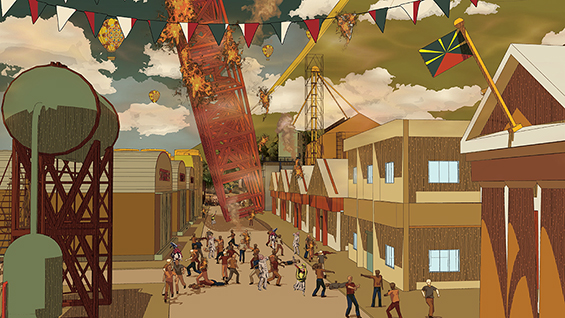 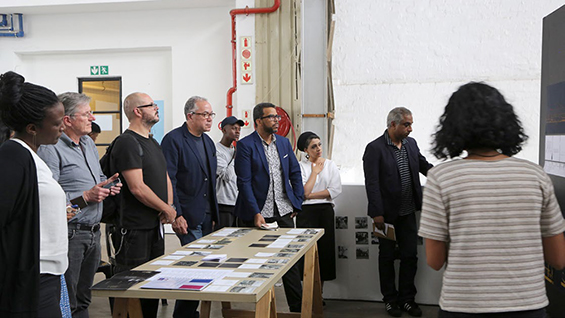 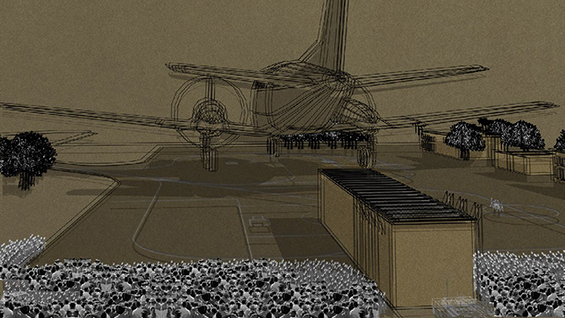 Counterparts presents a dialogue that has been developing between Lesley Lokko and Sumayya Vally for the last six years. It is an event full of ‘betweens’ - between a performance and a presentation; between women; between generations; between disciplines; between time and territory; between talking and telling; between teaching and testing; between words and images, thoughts and things. In short, Counterparts are betwixt and between.

“In architecture, the question of whose pleasures are pursued, who gets to build what, whose histories and experiences are represented and whose voice is heard, is largely inextricable from the more complex question of identity.” - Lokko

The 2021 Eleanore Pettersen Lecture will be introduced and moderated by Nader Tehrani. The initial discussion, which will last approximately 45 minutes, will take the form of a dialogue between Lesley Lokko and Sumayya Vally and touch upon race, gender, identity, difference and diaspora and their vexed relationship to architectural canon. The conversation will be joined by Nader Tehrani who will moderate questions from the audience.

“There is absolutely another architecture canon -it’s just up to us to dream it.” - Vally

She is the editor of White Papers, Black Marks: Race, Culture, Architecture (University of Minnesota Press, 2000); editor-in-chief of FOLIO: Journal of Contemporary African Architecture. She is also a series editor of the Design Research in Architecture (UCL Press), together with founders Jonathan Hill and Murray Fraser. In 2004, she made the successful transition from academic to novelist with the publication of her first novel, Sundowners (Orion 2004), a UK-Guardian top forty best-seller, and has since then followed with eleven further best-sellers.

Sumayya Vally is the founder and Principal of Counterspace. Her design, research, and pedagogical practice is committed to searching for expression for hybrid identity and contested territory. She is obsessed with Johannesburg as a laboratory for finding speculative histories, futures archaeologies, and design languages; often with the intent to reveal the invisible. Her work is often forensic, and draws on performance, the supernatural, the wayward, and the overlooked as generative places of history and work. She is currently based between Johannesburg and London and was the architect for the Serpentine Pavilion 2020/2021. She was the youngest architect to win this prestigious commission; an exploration of the ways in which belonging is constructed in London. This year, she was also announced as one of TIME’s Next 100 - a list of leaders shaping innovation globally and founded Counterparts - a platform for experimental collaboration. Vally currently is the Unit Leader of Unit 12: An African Almanac, which she co-taught with Professor Lesley Lokko for three years at the Graduate School of Architecture at the University of Johannesburg and is a visiting critic with Robertson Visiting Professor Lesley Lokko at the University of Virginia.

The Eleanore Pettersen Lecture, established through a generous gift to The Irwin S. Chanin School of Architecture, is dedicated to the voices of women in architecture as a lasting tribute to Ms. Pettersen's significant impact in the world of architecture and her love of The Cooper Union. Pettersen, who had worked as an apprentice to Frank Lloyd Wright and would later design the post-White House home of Richard M. Nixon, was one of the first women to be licensed as an architect in New Jersey, and developed a successful practice there that spanned over fifty years.

This online program has been approved to offer 1.5 New York State and AIA CEUs. Registered viewers who join the Zoom airing of the program at 12PM EST and remain for its entirety are eligible to receive credit. After the program, please email rsvp@archleague.org with your full name and AIA number so we can report your credits.

This event is co-presented by The Irwin S. Chanin School of Architecture and The Architectural League of New York.

The remote lecture and discussion is free and open to the public.