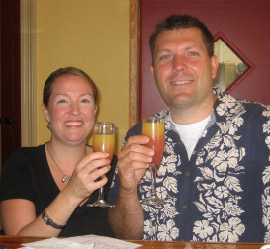 After graduating from The Cooper Union, Jennifer Fenton returned home to New Orleans. With the same exuberance and energy she had as a student, she started a real estate investment company in 1999 and purchased a duplex to renovate. Shortly after starting the renovation project, she met her husband to be, Erich Weishaupt. The couple planned to marry in March 2001. As the duplex renovations continued, they moved into a Mid-City home they had bought a few months earlier and spent the weeks leading up to the wedding completing cosmetic renovations.

In July 2005 the couple was ready for a new challenge. Jennifer continued working full-time as the HSSE Assurance Coordinator for Shell Exploration & Production Company, while the couple began another real estate business with the express purpose of focusing on the restoration of historic single-family homes in their Mid-City neighborhood.

The couple and their two large dogs evacuated to Houston, where Jennifer has been commuting daily from New Orleans on assignment with Shell, since 2004.

Shortly after Katrina, Jennifer and Erich found out that she was pregnant with their first child. The pregnancy contributed to their resolve to return to New Orleans, rebuild their residence, continue their historic renovation projects, and repair a multifamily house in which they’d invested. They returned to find every structure had been flooded by up to three feet of water from the levee breaches.

Erich focused on the renovation work on their 100-year old Victorian home, as soon as he was allowed back into the city. Less than 6 months later, the house was ready for seven-months pregnant Jennifer to move back home. They welcomed their son Aidan into the world on May 18, 2006. The historic restoration of their home was recently recognized with one of five inaugural Renaissance Awards granted by the Preservation Resource Center and New Orleans Homes & Lifestyles Magazine. 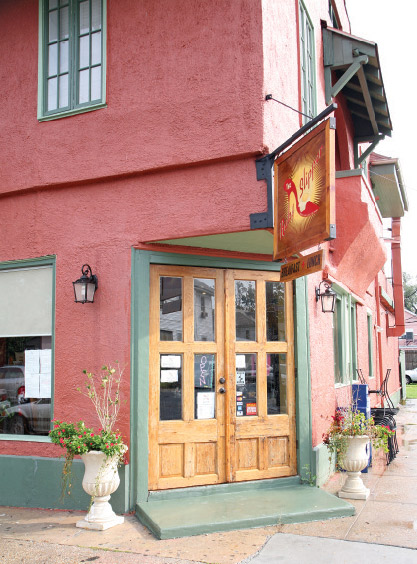 In the aftermath of Hurricane Katrina it was clear that the spiritual and emotional needs of New Orleans’s residents were as important as the physical repairs of the city. Erich and Jennifer helped to found the Mid-City Bayou Boogaloo, a free music, arts and cultural festival that premiered in their neighborhood in May 2006. The purpose of the festival was to help build the sense of community that was needed during this difficult recovery period. At nine days old, their son Aidan was the youngest attendee at the first annual event. For their hard work and dedication, Jennifer and Erich were nominated by the arts community in Mid City for inclusion in 40 Under Forty for 2008.

Shortly after Aidan’s birth Jennifer also became active in the Mid-City recovery planning processes, heading up the Economic Development committee. Pro bono, she helped to author the Mid-City Plan and the subsequent City-sponsored plans that came from that.

Her role in Economic Development planning grew into a position as the Business Liaison for The Mid-City Neighborhood Organization (MCNO). In 2007, Jennifer was elected as Vice President of MCNO and assumed the Presidency in 2008. Working towards implementation of the Mid-City Plan and improved quality of life for residents, MCNO is playing a strong advocacy role for nearly 10,000 people, close to 75 percent of the community that returned to Mid-City following Hurricane Katrina.

New Orleans Home and Lifestyles Magazine and the Preservation Resource Center created the Renaissance Awards & Heritage Club Luncheon to honor New Orleans homeowners who were renovating and revitalizing their historic homes with an eye toward preserving the original architecture. Erich and Jennifer were one of five sets of honorees at the inaugural luncheon held on September 18, 2008. 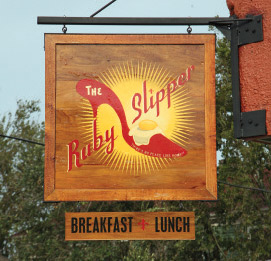 When Erich and Jennifer returned home from Houston in March 2006, they were presented with an unusual opportunity and challenge by a neighboring couple. As a result of Hurricane Katrina, the couple had been able to acquire a corner site that the community regarded as a blight on the neighborhood. Friends recalled comments made by Erich and Jennifer before Katrina about how nice a neighborhood café would be on that spot. Jennifer and Erich were asked to open their dream cafe where the corner store now stood vacant.

With three real estate businesses, a full time job and a new baby, what seemed like a crazy idea at the time eventually took root. The Ruby Slipper Café was born. But it took a lot more than clicking their heels and making a wish to open the café. Jennifer and Erich spent two years completing renovations, obtaining permits and conducting startup activities. The Ruby Slipper opened to rave reviews and enjoys ongoing neighborhood support. Local food critics continue to follow the progress and success of the café as part of the rebirth of the city, notably with a recent article describing “how the power of pancakes takes one Mid-City corner from Blight to Breakfast.” Read about Jennifer Fenton Weishaupt and her remarkable journey home and back again at www.therubyslippercafe.net.