In the second of our three-part series on the newest members of The Cooper Union student body [see parts one and three], we meet Travis Moon, Risako Arcari and Elias Rodriguez. They told us how they came to their chosen field, what they look forward to the most during their time here, and what they have been up to over the summer. 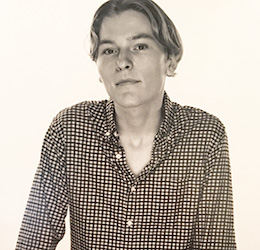 Art is the only career path I can see myself going down because I feel that certain aspects of my life can only be explained by art. Not only have I grown to look at things in a more abstract and creative way, but making artwork feels very necessary for me. It's such a subjective and engaging way to extend yourself to others, and I've known for a while that it's something I really want to do.

I chose Cooper because I knew I wanted a school that would artistically and intellectually challenge me as well as expose me to new things. It seemed like a really special place that promised personal and artistic growth. The small community, big city and opportunities offered at the school were ultimately the primary factors that contributed to why I'm attending.

My primary mission is really just to learn as much as I can while creating lots of art and experiences along the way.

This summer I've been interning at a children's art studio in my town where I've been for a while now. It's a lot of working with kids and teaching them to do things like draw, paint and sculpt--which has been really interesting and fun. It's such an insightful job in which I've learned a lot from the kids and also from the experience of being a teacher. 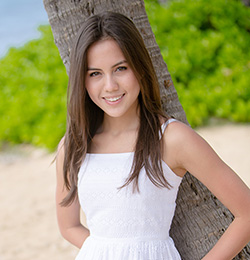 My father is an architect and my mother is a fashion designer, so the world of art and design has always played a crucial part in the way in which I was raised. Ultimately, my interest in studying architecture blossomed through the many hours I spent in my dad's office watching him work, along with memories of my travels throughout Japan and Europe.

My dad was a Cooper graduate [Edward Arcari AR'86] and I know how important his education was to him and the role that Cooper still plays for him today. I applied to and toured many schools of architecture and found the level of professors at Cooper, the curriculum, and the facilities to be the best. I also have a deep passion for New York City and it has always been a dream of mine to live there.

I am most looking forward to meeting people who share the same passion for design as me, which is something that was lacking in high school. I also look forward to the challenge of living in the city and being on my own.

Upon graduation, in order to decompress from four years of high school, I took a trip to Bermuda with some friends. In July I went to Japan for three weeks with my family. In addition to spending time with my relatives we toured many architectural sites and cultural institutions. 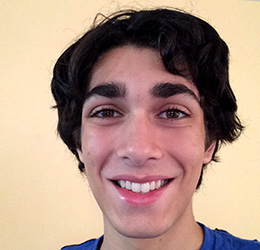 I became interested in engineering very young, as I always wanted to be an inventor. I always loved to create little inventions with wooden blocks, then Legos as I grew older, then actual circuits.

I wanted to go to Cooper Union both because it's a fantastic engineering school and also because it's so small. I like small schools since it feels more like a family, and you know everyone and everyone knows you. That ability to walk through your school and see friends everywhere is unique to small schools like Cooper.

What I'm looking forward to the most is really getting to know everyone and everything. I've never really had a community of people who also liked engineering, and making friends is going to be a lot of fun. I'm also excited to explore the East Village, since it's a super fun area and I'm really happy to live there.

I'll be working during most of the summer, saving up money for my upcoming years. I'll be vacationing briefly in Puerto Rico and the Poconos, but this summer is really important to me since it's the last one I'll really get to spend with a lot of the great friends I've made throughout high school.