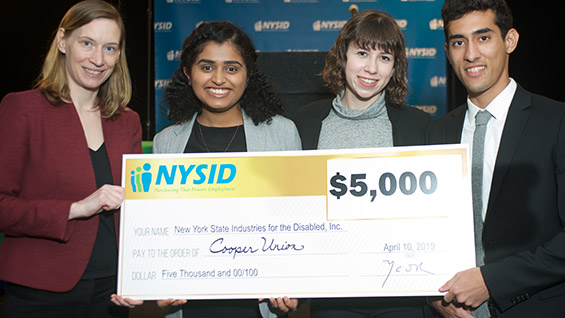 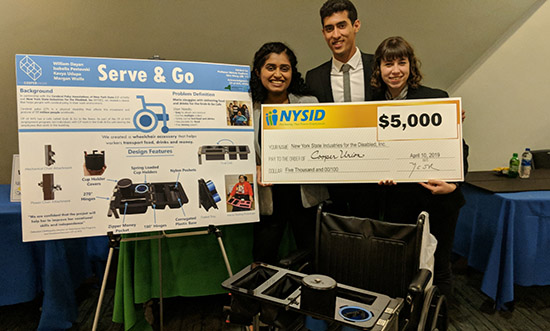 Professor Melody Baglione and seniors Kavya Udupa, Morgan Wolfe, and Billy Dayan at the CREATE Symposium after winning third place in a competition to create technology for workers with disabilities. Isabella Pestovski (not pictured) was also a member of the Cooper team.

Joining dozens of other students from across the state, the Cooper team presented their senior project, a prototype for a custom wheelchair attachment designed to help an employee with cerebral palsy at Grab & Go Café deliver food and drinks to customers throughout an office building. The students, who are working with the Cerebral Palsy Associations of New York, built the prototype specifically to accommodate the ways in which cerebral palsy affects individuals’ coordination and ability to maintain balance.

You can watch Kavya Udupa talk about the group's project on WTEN-TV, Albany’s ABC affiliate. View the full list of competition winners.