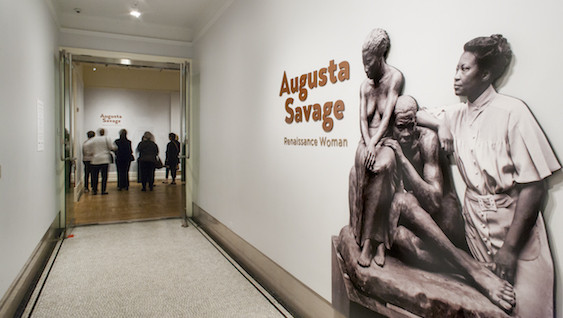 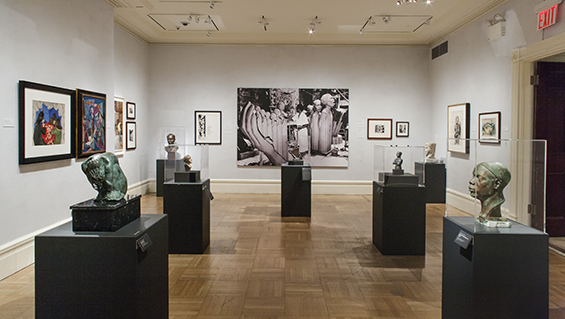 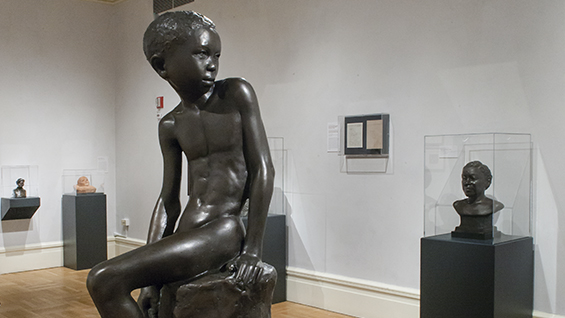 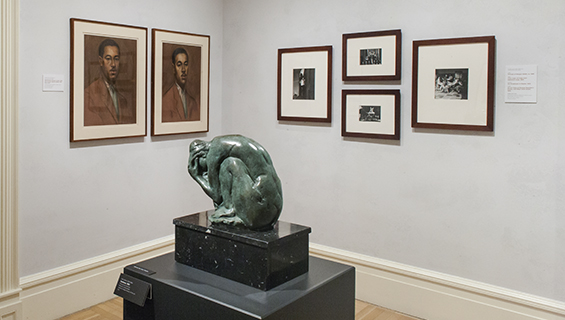 The first retrospective about the career and influence on the life and work of 1925 School of Art alumna Augusta Savage (1892-1962) closes in late July at The New-York Historical Society. Throughout her career, Savage challenged racial stereotypes while celebrating Black culture and influencing countless other leading African American artists, both through her sculptures and work as an educator and community organizer (due in part to the creation of her free Harlem Community Art Center in partnership with the Works Progress Administration).

Augusta Savage: Renaissance Woman features more than 50 works of art and archival materials that explore Savage’s legacy through her sculptures, including Gamin (c. 1930), a bust portrait of her nephew, and The Diving Boy (c. 1939), one of the few full-sized works by Savage that exists today, as well as through the work of many of the emerging artists she inspired, such as Jacob Lawrence, Gwendolyn Knight, and Romare Bearden. The exhibition also includes some of her correspondence with other African American leaders of her time like W.E.B. Du Bois.

Born in Green Cove Springs, Florida, Savage used the red clay of her hometown at an early age to make sculptures. Eventually she moved to Harlem to study art in 1921 and graduated from the School of Art in just three years. She was one of 12 women artists commissioned for the 1939 World’s Fair in New York and the only African American woman selected to participate. Her piece Lift Every Voice and Sing (1939)—a 16-foot-tall sculpture of Black youth in the form of a harp, inspired by the hymn “Lift Ev’ry Voice and Sing,” also known as the Black National Anthem—was destroyed when the World’s Fair ended as Savage did not have the funds to cast the work in bronze.

The exhibition was curated by Jeffreen M. Hayes, Ph.D., and originally organized by the Cummer Museum of Art & Gardens. It is coordinated at New-York Historical by Wendy N. E. Ikemoto, Ph.D., associate curator of American art.