Lyn Pentecost A'70, the founder and director of the Lower Eastside Girls Club (LESGC), recalls her first foray into community arts while a student at The Cooper Union. It was 1968 and the school’s president, John White, recognized that the student body was politically savvy and highly active on a lot of fronts. “We could walk right in and talk to him about whatever was on our minds,” she says. Students demanded that the school give back to the community, which of course was an essential tenet of Peter Cooper’s. “They got us an abandoned building on East 6th Street,” Pentecost recalls. “We ran a program out of two floors of the building. We taught printmaking and had a printing press. We had an NYC Department of Cultural Affairs contract to design and silkscreen posters for the entire emerging communi-arts scene.” 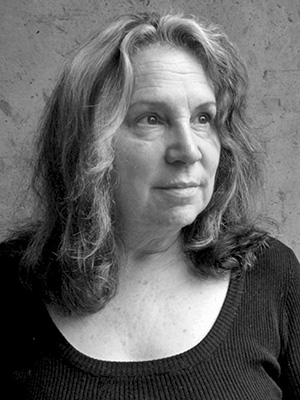 Today Pentecost’s stomping grounds are still the East Village, but she now focuses her formidable energies on the fate of neighborhood girls from low-income families who, as they enter adolescence, are saddled with daunting challenges that can determine the path of their entire lives. According to the 2010 census, almost 40 percent of area families live in poverty. Pentecost has long lived in the neighborhood, her adopted home from college days, having grown up in Clifton, New Jersey. While raising two boys, she noted that the neighborhood had the Boys Club of New York on 10th Street and Avenue A, a haven for local boys looking for extra school help, athletics, and mentoring. No equivalent services were provided for girls. Pentecost, who has the air of a woman who sees no obstacles—or at least none that she can’t face down—set out to fill in that gap starting in 1996 by co-founding the Lower Eastside Girls Club. Like her alma mater, the club would provide opportunities for girls to learn skills in art and science. In its first years, the club struggled to find a permanent home, and took space wherever possible—19 different locations in all, including the back of an old underwear shop and a former Catholic school. Finally in 2013, after years of fundraising, the club opened its remarkable center on Avenue D between 7th and 8th Streets, right across from public housing that the club’s literature aptly calls a “solid wall of poverty.” Today the club serves about 150 girls a day (thousands per year), and its many past homes are now memorialized in a mosaic map of the Lower East Side inside the current clubhouse.

The center is in many ways a physical manifestation of Pentecost’s why-not-think-big approach. The girls produce podcasts in the club’s radio station, WGRL (Where Girl Radio Lives), which is housed in an Airstream on the club’s second floor. They learn coding skills in the maker shop/engineering lab. They take cooking classes in the fully outfitted chef’s kitchen—complete with pizza ovens donated by Two Boots—where the girls’ meals are prepared every day. They learn drawing, painting, screen printing, curating, and art history. The students work with an on-staff gardener to maintain a roof garden where vegetables and fruit are grown, and study fitness at a yoga/dance studio. Most incredibly—thanks to board member Carter Emmart, director of astrovisualization at the American Museum of Natural History—they can watch the museum’s shows in their own East Village planetarium, a 64-seat theater with a 30-foot digital dome. The girls’ artwork can be found at every turn. There are photographs of the girls visiting neighborhood murals while dressed in pink gowns as they “bring power to the color pink.” And through a collaboration between the girls and visiting artists, the club’s bathrooms are covered in brightly colored mosaics. Girls are also encouraged to be entrepreneurs. They run a bake shop called Sweet Things, and La Tiendita, a gift shop at the Essex Street Market, whose proceeds support international partner clubs. In the club’s Earth Ocean Study Center, girls use a sophisticated bio lab to learn about water ecology, and couple that knowledge with activist environmental campaigns. They recently participated in the Sandy5 climate march with partners 350.org and LES Ready. As part of the Girls Gone Green program, club members learn about urban farming and food justice, an important topic in a neighborhood that offers little in the way of fresh foods for its residents. Not least, Pentecost says, “literacy is embedded in all our classes. The girls are being exposed to reading in a way that they don’t experience at school.”

On a recent weekday, Pentecost gave a visitor a tour of the large center, which was built in 2013 on six empty lots purchased from the city. The space is covered in the art and history of the Lower East Side: one room alone has a huge sculpture by Karl Mann called “Loisaida,” the Spanglish name for the neighborhood, and a metal table that had belonged to Dorothy Day, whose Catholic Worker is located on East First Street. As Pentecost led the way through the club’s many studios and meeting rooms, she fielded questions from colleagues (they gave her updates on the visit scheduled later that day with culinary legend Alice Waters), greeted a few early arrivals, asked the chef what was being prepared for the girls, and answered phone calls about her upcoming trip to New Orleans, where some of the girls will participate in that city’s triennial of contemporary art called Prospect.4. In fact, during the month of November, Pentecost traveled to visit their sister club in Chiapas, Mexico, and to Los Angeles with some of the girls to work on a collaborative project with Las Fotos, a program that teaches teenage girls photography.

After Cooper, Pentecost earned her doctorate in visual anthropology and worked as a documentarian in Chiapas, home to the country’s Zapatista movement, which arose as a response to dire conditions for residents, many of whom are indigenous. Building on her knowledge of the area, she partnered with local indigenous women to form Club Balam in Chiapas, which provides similar programs for girls and has collaborated extensively with the New York club, including exchange visits to let the girls make connections across borders. LESGC maintains partnerships with clubs in Sierra Leone, Nepal, Scotland, Hudson, NY, and New Orleans, and on the Flathead Reservation in Montana.

Pentecost is notably talented at finding support for LESGC, having raised the $20 million needed to build and outfit the 33,000-square foot clubhouse. She has built a roster of patrons that includes celebrities Rosario Dawson, a member of the club’s board of directors, and Adria Petty, whose father, the late Tom Petty, contributed guitars to the club. She has also found supporters among media and financial professionals who have donated money and time to make the club’s ambitious programs a reality. Although grants from the city fund about 20 percent of the club’s budget and another 40 percent comes from foundations and corporations, individual donations make up the remaining 40 percent of the club’s finances.

LESGC promotes experiential learning, so girls work on projects that give them knowledge of a host of skills that can be put to use in myriad ways. To make podcasts, they are trained in conducting research, asking relevant interview questions, and implementing the audio software ProTools. Their thoughtful and refreshing interviews with local political leaders, entertainers, and businesswomen can be found on the club’s website. When taking a course in photography, students learn the mechanics of picture taking—using a camera as well as image software—and are equally encouraged to use the medium to explore aspects of themselves and their community. This last is central to the mission of the club, which honors local history and knowledge, respects the girls’ experience, and gives them a platform to make change, often through art.

Each girl who joins the club is outfitted with a “survival kit”—an LESGC tee shirt, a USB jump drive, and a water bottle. Each item represents different aspects of the club’s overall goals for the girls: the shirt symbolizes a sense of belonging and community; the flash drive represents education; and the water bottle stands for each member’s commitment to health. It’s a logical component of girls’ education, considering that one of the central gains of the 1970s women’s movement was greater control over issues related to health. At the club, girls can study yoga, dance, and nutrition, and can participate in the running club, which meets weekly. It’s led by Valerie Galindo, the club’s cooking instructor and an original member of the Lower Eastside Girls Club, who joined when she was 12 years old. She attributes much of her success to her experience with Pentecost and the club.

Galindo, one of four sisters who grew up on the Lower East Side, attended the Culinary Institute of Education, where she trained as a pastry chef, all the while working at the club. The hours were long, but it was worthwhile: today she’s head of the club’s kitchen, which feeds some 150 girls a day, and teaches cooking classes both to the girls and to some of their mothers. About two years ago, she took up running, and ran her first half marathon in March 2017. Since undertaking regular exercise, Galindo has lost about 50 pounds, and trained for her first New York City marathon. She feels LESGC gave her the support and the vision she needed to control the direction of her life.

“I don’t really have words to explain my feelings about Lyn,” Galindo says.

Krista Lamar, an assistant in the art program, came to the club via her mother, who started there when she was 13 and studied photography. Lamar, who lives around the corner from the center, herself learned to use a digital camera thanks to Lou Dembrow, her mother’s teacher. She found that she too had a passion for the arts, photography, and film, and attended an arts high school where she used a darkroom, a skill she had first encountered on field trips to film-processing shops with the club. “Many of the teachers here watched me grow along with my mother and have been a part of my life for a long time.”

Miladys Ramirez, who is the club’s full-time receptionist, sums up Pentecost’s legacy in her own life: “If it weren’t for Lyn, my two daughters wouldn’t have gone to college.”

And it seems that neighborhood women will be saying the same for years to come: in September 2018, Pentecost and the LESGC are launching a new school for eighth-grade girls who would otherwise be required to repeat that grade before going on to high school. Aptly called Restart Academy, the school will use the club’s immersive, hands-on approach for girls needing to jump-start their educations. It’s an undertaking Pentecost has been considering for years. In her hands, it’s hard to imagine it won’t have a resoundingly positive impact on its students, as well as their future children. As Lamar, daughter of an LESCG alumna, put it, “I love to draw and paint and I think I would have never found that if it weren’t for the volunteer artists from the area teaching and pushing me to try no matter what.”