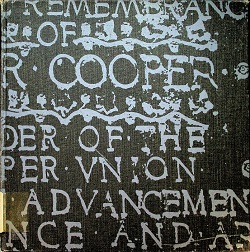 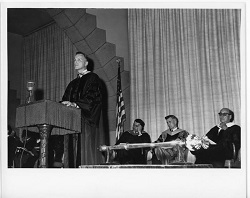 Life mottos: “Live simply that others may simply live” reflects my lifestyle of being rather than having and “Be the change you want to see” is my political action directive.

I started out doing what was expected of me – picking a profession and pursuing a career. So I went through Stuyvesant and then Stuyvesant annex (Cooper Union, one local subway stop south to another all male institution), graduated and worked as an electrical engineer at Bell Laboratories. But first, Bell sent me to Stanford University to pick up a master’s degree and while there, I had a kind of an induced rebirth experience that permanently changed my orientation in life from career to spiritual journey. The Bell Labs occupational deferment kept me out of Vietnam but after I turned 26 and was safe, I resigned from my first and only full-time position I have ever held and moved into a yoga ashram to get my bearings. Upon discovering that celibacy was not my forte, I moved into a Gestalt therapy inspired commune in Liberty, NY where we did a lot of processing and crafted things out of stained-glass for a livelihood. Then, during a bad case of mid-winter cabin fever, I fled south to Key West where I made glass items for tourists. But summers there were slow and upon finding a large interest for my glass work in Philadelphia, I moved there and had a storefront studio. There I met Rabbi Zalman Schacter-Shlomi who introduced me to a mystical (kabbalistic) Judaism. Under his mentorship, I experienced a year living, studying in Israel, and meeting my future wife Renée at falafel stand. During my Key West days, I had discovered Gainesville, FL, a place that had it all, a university town with high consciousness, great weather, low cost of living, and the cultural advantages of a big city without big city problems. We moved from Jerusalem to Gainesville to put down roots, raised a family, (Yosef and Meira), and established P’nai Or, a Jewish Renewal congregation. To earn a living, I become a professional student at the University of Florida, taking courses like sailing and the study of consciousness to satisfy the required assistantship credit load. A research assistantship to design a system for studying the effect of vision on balance became my dissertation and I inadvertently wound up getting a Ph.D. degree. This led to becoming a part-time research scientist for the feds, developing electronic systems to help control insect pests in agriculture. After 15 years the government, once again, let me down by initiating a totally brutal and unnecessary war in Iraq, which resulted in me resigning in protest, full-time retired at age 59.

Growing out of my volunteering in the local Jewish Burial Society (chevra kaddisha), I now direct nonsectarian Final Friends to help families and/or friends in Florida take care of the body of their own deceased. Such ‘home funerals’ are virtually free (no funeral home needed) and usually become transformative healing events for those involved.