The Class of 1951 celebrated their 60th anniversary of their graduation from The Cooper Union on Thursday, June 23, 2011. The event began with guided tours of 41 Cooper Square followed by a luncheon at GEMMA in The Bowery Hotel. Special thanks to Class Leaders Stanley Goldstein (EE), Marilyn Marcus (A), Jack Goodman (ME), Alvin Knoll (AR) and Annamay Olsen (A) for hosting the event. The reunion attracted the following alumni and guests from the class (see caption). 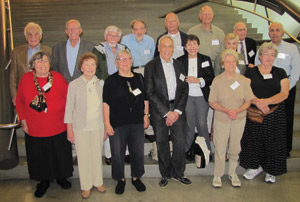 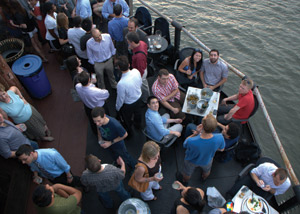 CU@Long Island Brookhaven National Lab
August 14
Alumni and their guests visited Brookhaven National Lab for its Community Summer Sunday open house. They visited the tunnel that houses the twin particle accelerators,the PHENIX and STAR particle detector experiments and AnDY, an experiment which will performa polarized Drell-Yan (DY) feasibility test—annihilating a quark and an antiquark in a hadron-hadron collision. A surprise highlight was a chance encounter with Joseph Tuozzolo (ME’76), who works at BNL and was facilitating tours that day.
Event Coordinator: Charlie Cassella (EE’68). 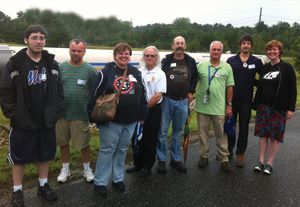 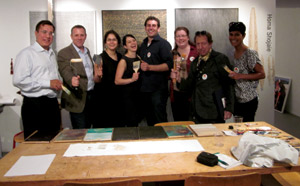 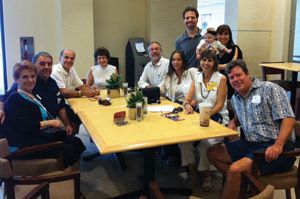 CU@Brooklyn
September 25
Alumni were in Greenpoint, Brooklyn for a private studio tour with Zoe Pettijohn Schade (A’95). In this cozy and cheerful setting we heard Zoe explain her gouache paintings and the research that she has done on how the brain sees and how patterns help the brain process visual information. In her painted works she uses her considerable knowledge of vision cognition to deliver an experience for the viewer that is long lasting. As the viewer comprehends each layer of pattern in her works, another pattern located beneath the first and partially obscured by the layers above it begins to emerge, followed by another and another.We also heard about Zoe’s work on the restoration of “Jane’s Carousel” in Dumbo, Brooklyn. She restored the paintings on the carousel’s ceiling and painted and gilded all the architecture of the carousel. Event Coordinator was Mary Lynch (ChE’82). 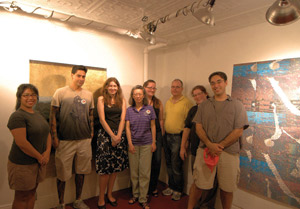