For the fifth consecutive year the Arthur A. Houghton Jr. Gallery, on the second floor of the Foundation Building, houses The Critical Moment: Architecture in the Expanded Field, a showcase of the drawings, maps, models and intense investigations of the Graduate Thesis studio by the post-professional class at The Irwin S. Chanin School of Architecture. The materials, on public display until September 27, are the culminating projects of the school’s Master of Architecture II program. To mark the occasion of its fifth graduating class we spoke with Professor Diana Agrest, the lead faculty for the program and studio since its beginning, along with some of the graduating class, to get a picture of what makes the program unique to The Irwin S. Chanin School of Architecture, what students get out of it and where the program might be headed. 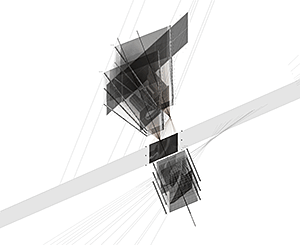 A Master of Architecture II degree gets its numeral from being considered a post professional degree, typically sought by practicing professional architects looking to revitalize their creative energies. "The program gives architects the opportunity to pursue further studies in design and research within a shorter time frame and without the academic-career focus of a Ph.D. program," Prof. Agrest says. "There are many people who have completed their professional architectural degree, went on to work and after a while feel that they want to take a break from the professional world and return to an academic environment where they can expand their views in the field.”

Yael Agmon, a graduate of the 2014 class, came from Israel to study in the program. "After completing a professional Bachelor degree and working two years in the profession I was looking to expand my theoretical framework and to get exposed to different ways of looking at architecture and urbanism,” she says. Rosannah Sandoval, another 2014 graduate, says she always dreamed of returning to school. Notably, Ms. Sandoval, now 24, completed her professional undergraduate degree at the age of 18, in 2007. "I decided to pursue the degree because I wanted to be challenged and to take my work to places I didn't even know it could go," she says. 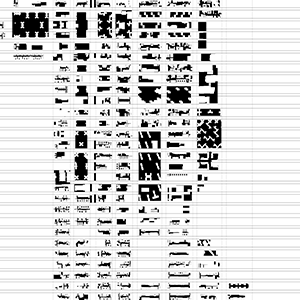 The 3-semester program (Fall, Spring and Summer) has set itself apart from other post professional programs by, among other things, allowing students to focus their work on one of three concentrations: urban studies, history/theory and technologies. But while seminars and lectures make up part of the program, the student's chosen focus is explored primarily through the studio practice.

"Studio is very intense," Prof. Agrest says. "We are very demanding, in a good sense, in terms of the unusual type of problems students are presented with and in terms of challenging their usual ways of approaching a problem. But they love it. Students discover different ways of thinking and of doing things they didn't know existed, from the emphasis on process rather than product and the continuum between design and research to the importance and quality of drawing and other representational media in that process. In a way you could say that we put the design process into slow motion. Our pedagogical approach is generally characterized by problem making rather than problem solving. The work always relates to the discourse of architecture, issuing and developing problems in a way that defy and expand the established boundaries of the field."

Visitors to the Houghton gallery will encounter work reflecting that approach, defying conventional expectations of an architectural exhibition. Not a single blueprint or balsawood model will be found. Instead you can become deliriously lost in the geometries of works like “Constructing Parallax Space,” by Bahar Avanoglu, an exploration through drawing and modeling of the spaces generated when a movie filmed with a conventional camera is digitally converted to a 3-D image. Or you may find yourself pondering the work of Mando Fytou, whose “Quantifying Perpetuity” explores the “paradox of landmass that moves but at the time remains affixed to a certain territory” through the relation of tidal waves to the geological formations in the Bay of Fundy. 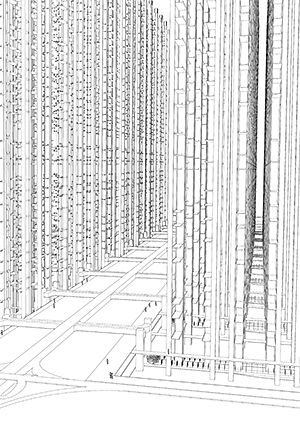 The school's long-standing emphasis on drawing as part of its pedagogy ensures that the thesis exhibitions are always as interesting for the quality of visual materials as for the concepts behind them. Yael Agmon’s thesis project, “Objects & Clouds” uses Amazon.com and e-commerce as a case study to explore interrelationships between the virtual and physical. Poster-size digitally assisted drawings trace the route of a lonely consumer’s purchase of a chair from the Amazon webspace, to its location in a warehouse and along through the consumer-delivery pipeline. A playful but serious meditation, it culminates with drawings and models of a proposal for a towering, perhaps unlivable space of an idealized “Amazon” environment.

As highly selective as its undergraduate counterpart, each Master of Architecture II class is comprised of about 10 students, all of whom work in a shared studio space. Prof. Agrest sees the program eventually expanding, but at its own pace. "We could take more students," Prof. Agrest says, "we just don't want to. We want to grow slowly and make sure the quality stays high. We have never have taken more than 9% of applications, which is pretty tight, particularly for a new program."

“The program was very much what I was looking for as it definitely expanded my intellectual horizons,” Ms. Agmon says. “On top of the seminars that were knowledge enriching and thought provoking, the experience of the design studios completely shifted how I approach an architectural project." Ms. Sandoval concurs. "We were all architects from around the globe who came to Cooper Union for this short time to expand our discourse and build a foundation for the next chapter of our careers. Now that I have finished the program, I realize just how quickly it goes by."