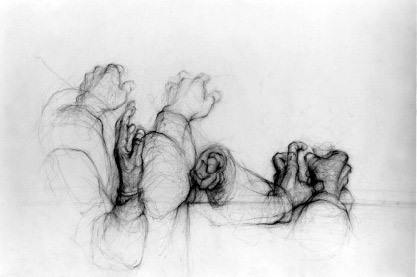 An exhibition of drawings published in the book was on view at the Arthur A. Houghton, Jr. Gallery from October 2 to 14. In addition to this, a symposium on the subject of drawing in architectural education was held in The Great Hall on October 2nd. The distinguished panel included Sue Ferguson Gussow, painter and educator; Dore Ashton, author, art critic, and educator; François de Menil (AR’87), architect; Steven Hillyer (AR’90), Director, The Irwin S. Chanin School of Architecture Archive; and Michael Webb, architect and educator. The event was followed by a reception and book signing. 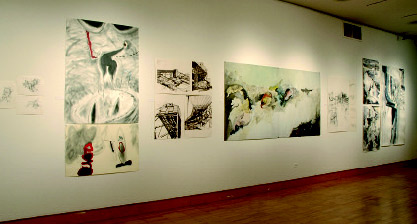 Installation view of Freeing the Hand.