Georgette Seabrook Powell (A’37) was born in Charleston, SC in 1916 and raised in New York City. After graduating from The Cooper Union School of Art, she became active in the Harlem Arts Workshop. Powell was inspired by Augusta Savage (A’25), a young sculptor and the newly appointed director of the Harlem Arts Workshop. Powell learned from the dedication Savage gave to teaching arts in the Harlem community, and teaching became a cornerstone in her life as well.

Powell was employed by the WPA, along with a team of artists, to create a series of murals for the Harlem Hospital Art Project. Her murals, titled Recreation in Harlem, depicted the daily lives, struggles and joys of Harlem’s residents. Once the murals had been completed, they were pronounced “too controversial” by the hospital’s director, who insisted they be painted over. The matter became a life-defining battle for her. She insisted that she was free to create her vision of the Harlem community, and refused to alter the murals. Ensuing court battles finally found in favor of Powell. Half a century later, her murals are a silent tribute to her fortitude as both an artist and community activist. The murals express the quintessential flavor of the period. Over many years, they have begun to deteriorate, but Harlem Hospital has raised funds and full restoration of the murals is expected. 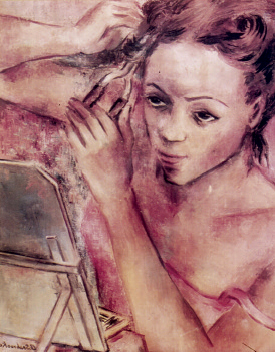 Powell continued painting after she became a busy homemaker, married a doctor in 1936, and focused on raising three children and caring for her aging mother. She continued her involvement with neighborhood beautification projects and cultural activities for children. By the early 1950s, New York’s distinguished Turtle Bay Music School had developed a program using art as a means of therapy. Powell was accepted as a student and, after she completed studies there, became an art therapist. While studying she met a psychologist from Washington and together they began the first journal dedicated to their subject, the American Journal of Art Therapy.

After 40 years living in New York, Powell and her husband relocated to Washington D.C. She volunteered at area hospitals until a former teacher, a supervisor of the occupational therapy department at D.C. General Hospital, hired her as her assistant in the acute psychiatry division.

She became a clinical supervisor of art therapists at George Washington University and established an annual community program, Art in the Park. Powell founded and taught at Tomorrow’s World Art Center, a community program that offered art therapy and education services to the young and elderly of metropolitan area Washington D.C. 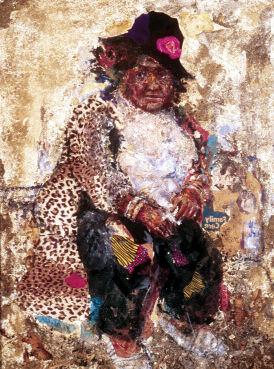 Powell also studied stage design and lighting at Fordham University and received a B.F.A. from Howard University’s College without Walls. Her paintings have been exhibited throughout the United States for more than half a century. In 1995, the Smithsonian Institution’s Anacostia Museum in Washington mounted a two-month retrospective of her paintings.

Powell is the recipient of many awards citing her lifetime of achievements in art, as a dedicated teacher, community leader and art activist. She was honored by the late President Ronald Reagan whose 1986 letter states, “You are the rare combination, a doer and a teacher.” Powell received the 2003 Visionary Leadership Project, Legacy Keeper award presented at The John F. Kennedy Center for the Performing Arts and the Library of Congress.