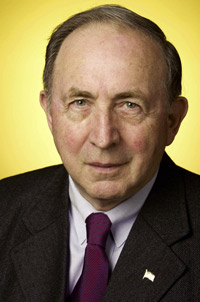 Paul Strassmann has spent his life making intangible concepts tangible. “I’m an engineer,” he explains. “We look at facts and we measure things.” His rigorous thinking and insistence upon exposing facts, which have been validated through repeatable experiments, have allowed him to measure the worth of ideas. Power, for instance, can be measured in computers. “Computers are what I call a "bureaucratic multiplier,” he explains. “They’re a vehicle that bureaucracies love because they can use them to increase their power over people.” Knowledge, too, can be benchmarked. There is a simple formula that organizations can use, which not only shows that knowledge can be measured, but that it can be measured in dollars and cents. That said, Strassmann also knows how people can complicate any equation.

Take, for example, something as seemingly simple as getting into college. In 1949, Strassmann, who had recently emigrated from Czechoslovakia, was penniless.Not only that, but he spoke very little English and had no high school diploma—he had spent the better part of his teenage years in his native country as a guerrilla soldier fighting against the Nazis during World War II; going to college should have been impossible. But the admissions officer at The Cooper Union at the time, Dr.Watson, changed that. Watson, who was a statistician, liked to predict the potential success rate of students based on their SAT scores; to give his sample validity, he also needed people without qualifications.Watson offered to pay for Strassmann’s SATs, and told him to apply to The Cooper Union. As expected, he did poorly on the English section of the SATS. But, he scored a perfect 800 on the math and spatial sections. Initially he was rejected, but when someone had dropped out, the place was his. Given this opportunity, Strassmann worked hard and achieved a lot.

“As an orphan, coming from Europe right after the war,” he explains, with only the slightest of accents to give away his background, “I could only go up.” He graduated as a member of the honorary engineering fraternity Tau Beta Pi and with a degree in civil engineering. “At graduation,” says Strassmann, “Watson came up to me and said, ‘Strassmann, you really fouled up my claim that I can predict success!’” 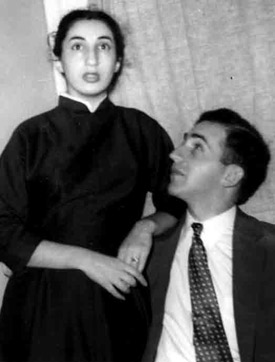 Interestingly, Strassmann went on to a career that was also based on using facts to quantify the woolly words of the soft sciences, like politics and knowledge. He worked summers for a company as an analyst of punch cards for the New Jersey Turnpike, which is how he got into computers. “I had no idea about computers—this was 1953!—but as long as it was paying well, it was helpful because I was courting a girl from Cooper Union named Mona and I needed money to get married. I’ve been happily married to her for 56 years, and we have four children and seven grandchildren.” After Cooper, he had a career in computers, most notably becoming the Chief Information Officer at Xerox in 1969.He noticed that while Xerox was spending a great deal of money on computers as a substitute for workers, this did not necessarily increase productivity. He started to think about what actually drives productivity, and came up with the concept of knowledge capital.

Companies invest in their employees through training and development because they hope to see a return on this investment, as staff use this knowledge to improve their ability to do their work. Knowledge capital is the ratio between the company’s investment in the value-added by employees to the costs of that investment. This concept allowed Strassmann to analyze productivity for companies in need of restructuring and streamlining. After retiring from Xerox in 1985,he setup a consultancy to do just this,which brought him to the attention of the Pentagon, which in 1989 was looking to cut $75 billion after the collapse of the Soviet Union. They hired him as their Director of Defense Information, with target savings of $35 billion in administrative costs. After leaving the Department of Defense, he received a call from Sean O’Keefe, a colleague at the Department of Defense. While their relationship had not been without conflict, when O’Keefe, now the NASA Administrator, needed someone to make the organization more efficient, he knew who to call.He was also prepared for Strassmann. Knowing that Strassmann wanted to retire, he made him a bet. “If I can get you hired by five today, will you take the job?”O’Keefe asked Strassmann. No stranger to the bureaucracies of government organizations, Strassmann felt it was a safe gamble and accepted the wager. By the end of the day, Strassmann was NASA’s new Chief Information Officer.

When he speaks about the development of the idea of knowledge capital, Strassmann comes back to his years at The Cooper Union. “My real education came in a second year physics lab,” he recalls. “I had a professor of physics by the name of Merritt.” In this class, Merritt expected his students to be able to prove everything themselves, even the basic laws of physics that everyone else takes for granted. “Merritt said to us, ‘Imagine you are in a pre-Newtonian environment. You know nothing about gravity or anything else. In this course, you are going to invent physics.’” Strassmann pauses and laughs. “And the physics lab,” he continues, “consisted of repeating Galileo’s experiments. We started by dropping balls. That was my analytic education. I owe much of my thinking to The Cooper Union and to Professor Merritt.”

Now 81 years old, Strassmann is still hard at work. His consultancy is going strong and he continues to add to the list of 18 books and over 300 articles that he has authored, mostly on the subject of information systems, though in 2006 he wrote a book called Paul’s War, about his experiences in the Czech resistance movement during World War II. He continues teaching as the Distinguished Professor of Information Sciences at the George Mason University. His incredibly successful career has been recognized with some of the highest honors possible. Just this year, he was awarded an Honorary Doctorate of Humane Letters from George Mason University; previous awards include the NASA Exceptional Service Medal (2003), and the Defense Medal for Distinguished Public Service, the Department of Defense’s highest civilian award (1993).