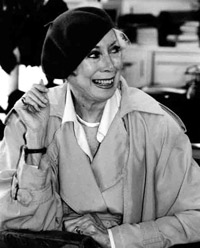 Mrs. Weiss’s pledge will go toward a full-tuition scholarship for one student for the duration of their Cooper Union education and toward new outreach to underrepresented and economically disadvantaged students.Many students who have a Palestinian background fit into this category, and The Cooper Union will use part of the gift to support an enhanced recruitment effort aimed at such students. Irma Weiss is a member of the Peter Cooper Heritage Society, having contributed more than $1 million to the college in her lifetime, and the funder of two important student gifts—The Irma Giustino Weiss Prize, which permits the top graduating artist or architect to enrich their studies as they embark on a career, and the Irma Giustino Weiss Cultural Enrichment Fellowship, which provides cultural opportunities in New York City to art and architecture students.