Mischa Kuball’s “public preposition” is a group of works, interventions, projects, and performances made over a period of several decades. What they have in common is that they appeal to a public sphere and implicitly question in what locations and under what circumstances what we mean by “public” is constituted and how it should be understood. Many of these interventions and projects were temporary in nature and only exist in photo documentation form. Others were deliberately conceived as more ephemeral, with a limited visibility even in terms of their local appearance. In this sense, “public preposition” points to a fundamental contradiction of the public sphere: on the one hand, it sees itself as unlimited, but on the other the audience of an intervention or event and its viewers and participants is objectively limited. For this reason, to introduce “public preposition” in a public lecture of its own, to discuss it must itself be seen as a gesture toward creating a public and including individual projects in a larger context.

Mischa Kuball has been working in the public and institutional sphere 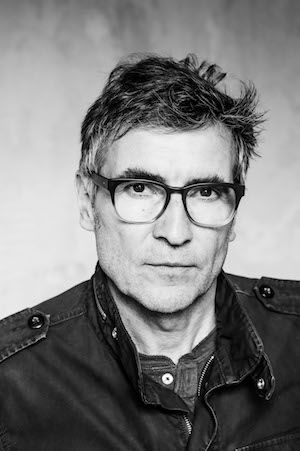 since 1977. He uses light as a medium to explore architectural spaces as well as social and political discourses and reflects on a whole variety of aspects from sociocultural structures to architectural interventions as well as emphasizing or reinterpreting their monumental nature and context in architectural history. Public and private space merge into an indistinguishable whole in politically motivated participation projects, providing a platform for communication between the audience, the artist, the work itself and public space. Since 2007 Mischa Kuball has been a Professor at the Academy of Media Arts, Cologne, and associate professor for media art at Hochschule für Gestaltung/ZKM, Karlsruhe. Since 2015 he has been a member of the North Rhine-Westphalian Academy of Sciences, Humanities and the Arts, Duesseldorf. In 2016 he was honoured with the German Light Award.

This event is part of the Spring 2018 IDS Lecture Series at The Cooper Union, organized by Leslie Hewitt and Omar Berrada.

The IDS Public Lecture Series is part of the Robert Lehman Visiting Artist Program at The Cooper Union. We are grateful for major funding and support from the Robert Lehman Foundation for the series. The IDS Public Lecture Series is also made possible by the New York State Council on the Arts with the support of Governor Andrew M. Cuomo and the New York State Legislature.