John Jay Iselin, the 10th president of The Cooper Union died on March 5, 2008. Iselin served as president from 1988 until 2000. He brought with him the experience and wisdom he had gained during a distinguished career in academia, public broadcasting, magazine journalism and public affairs. 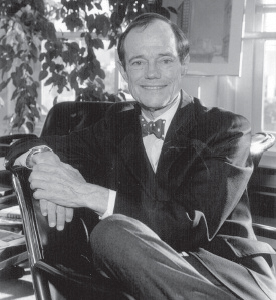 In addition to those accomplishments Iselin was a great advocate for and friend to The Cooper Union’s students.

Upon leaving Cooper Union, Iselin became president of The Marconi International Fellowship Foundation at Columbia University, which promotes awareness of major innovations in telecommunications with particular attention to understanding how they change and enhance society.

Iselin’s distinguished career included the presidency of WNET (Channel 13 in New York) from 1973 to 1987. Prior to that he was a vice president of Harper & Row Publishers and Newsweek’s senior national affairs editor from 1965 to 1969. He served as a correspondent in Newsweek’s Washington Bureau and as correspondent for the Congressional Quarterly while on a research fellowship at the Brookings Institution in Washington in 1960–61.

Heartfelt sympathy goes to his wife, the former Josephine Lea Barnes, their five children and their entire family.


A tribute to Iselin was held in the Great Hall at Cooper Union on May 29. The family has requested that contributions in John Jay Iselin’s memory be made to:

The Franklin Fund
The Cooper Union for the Advancement of Science and Art
30 Cooper Square
New York, NY 10003