Free Lecture: "Everything You Always Wanted to Know About Comedy"

David Misch will discuss his book Funny: The Book / Everything You Always Wanted To Know About Comedy. 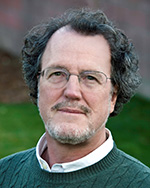 With allusions to the not-always-funny Carl Jung, George Orwell, and Arthur Koestler, Funny: The Book explores the evolution, theories, principles, and practice of comedy, as well as the psychological, philosophical, and even theological underpinnings of humor, coming to the conclusion that (Spoiler Alert!) Comedy is God.

David’s been a comic folksinger, stand-up comedian, and screenwriter. His credits include the multiple-Emmy-nominated “Mork and Mindy”, the Emmy-losing “Duckman”, the Emmy-ignored “Police Squad!”, the Emmy-engorged “Saturday Night Live”, and the Emmy-ineligible “The Muppets Take Manhattan”.

He blogs for The Huffington Post and his play “Occupied” is scheduled to be produced later this year in Los Angeles. He’s taught and lectured at the University of Southern California, UCLA, and Columbia University.