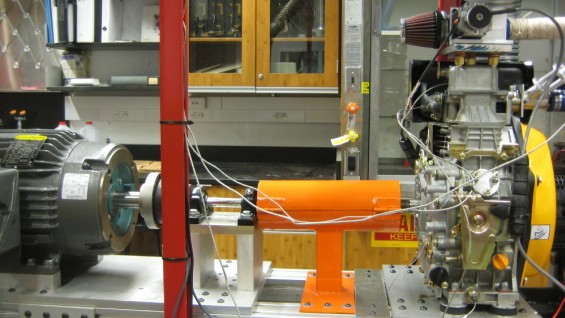 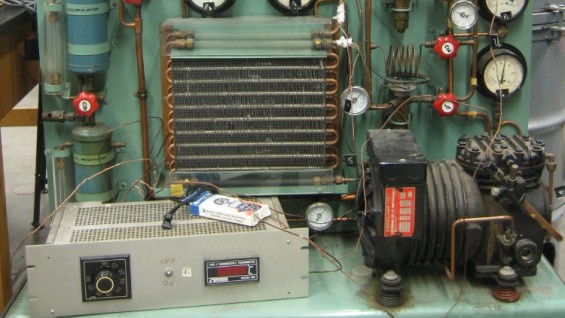 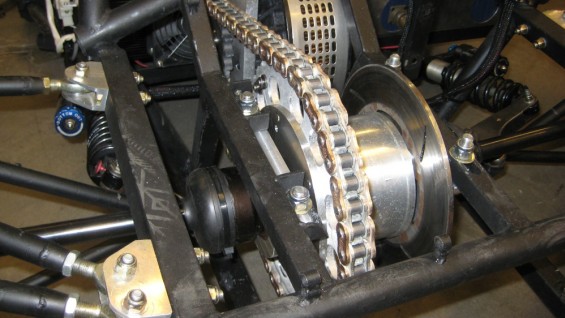 Starting as early as their freshman year, Cooper Union mechanical engineers are introduced to the concepts of energy and propulsion in the ‘AutoLab’.  One section of the interdisciplinary freshman design course produces new concepts to advance the Formula Electric racecar, which is concurrently developed alongside the FSAE vehicle, its gasoline equivalent.  The Experimentation portion of this laboratory is used primarily by students in their junior year in ME 160 where they learn how to identify, procure, and implement the instruments and data acquisition capabilities for a research project.  During their senior year, several students elect to perform their design project on a test stand that already exists in this lab or that would ultimately become part of the curriculum taught here.

A combustion and propulsion test cell contains a 300-hp eddy current dynamometer linked to either the FSAE engine or a DC motor/battery-electric powertrain.  A custom-built 7-hp AC dynamometer allows students to research the combustion stability limits of a homogeneous charge compression ignition engine.  In this lab, students get the chance to disassemble, analyze, and reassemble a series of Briggs & Stratton engines; a small gas turbine engine has also been under development for several years.  Fundamental combustion studies are performed in fume hoods to determine the effects of fuel-air flow rate and equivalence ratio on laminar flame speed.  A research engine outfitted with a quartz cylinder liner gives students the ability to watch the combustion process of a running engine while taking in-cylinder pressure data in real-time.

Junior mechanical engineers work on an AeroLab Educational Wind Tunnel, which has currently be outfitted with a laser particle image velocimeter (through an NSF Grant ) to learn about lift, drag, dimensional analysis, and flow visualization.  Using strain gauges and dial micrometers, students analyze the stress and strain experienced by a cantilever beam at varying tip deflections.  A sump pump experiment and a bench-scale DC motor dynamometer illustrate energy conversion principles taught in thermodynamics, fluid mechanics, and electrical engineering courses.  A Carrier refrigeration unit is operated with varying expansion valve designs and cooling rates on the condenser and evaporator to reinforce the concepts of enthalpy, entropy, phase change, and the coefficient of performance.  A compressible flow experiment using a pressure vessel and different exhaust nozzle designs teaches students about Mach numbers, unsteady flow, and entropy.  Recent additions to the lab involve biomechanical applications.  First, a chronic intermittent hypoxia system which varied the oxygen concentration within a laboratory animal’s cage teaches students about mass balance, instrumentation, and control.  Next, an air muscle experiment is under development which shows students how to use a novel actuator in a total knee replacement testing machine.

This shared space contains an expanding number of experiential modules used by students throughout their careers in the Mechanical Engineering Department.  Please feel free to click on the links above to view sample student work related to the associated modules.