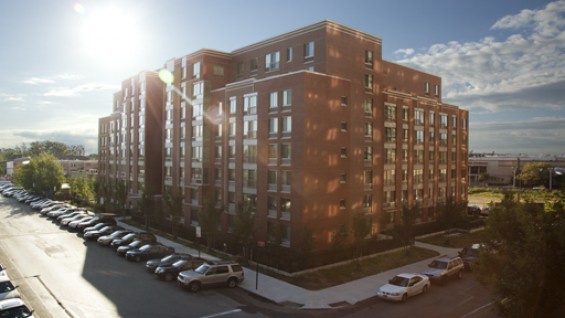 If you care about clean water in New York City, you're probably already opposed to the idea of hydraulic fracturing in the city's watershed. Allowing the practice of natural gas extraction known as "Hydrofracking" in upstate New York would have potentially disastrous consequences for all New York City residents, consequences that range from increased household radon levels and poisoned groundwater all the way to earthquakes.

Buildings are a crucial arena in this struggle. New York's building stock consumes an enormous amount of energy. While the Mayor has done admirable work in his push to improve energy efficiency standards for buildings, there is still room for improvement - the current penalty for noncompliance with the City's efficiency standards is only $500 per quarter, which may not be enough to incentivize real compliance. Genuinely progressive building codes would not only reduce our energy consumption, they would also reduce our carbon emissions; a recent study from the Climate Policy Institute indicates that residential building codes may actually be even more effective in reducing CO2 emission than previously expected. This method could be particularly effective in New York City, where building stock accounts for 75% of the city's total carbon emissions.

However, efficiency measures will not be enough. If we reject hydrofracked gas, we are still going to have to find a way to meet New York's energy needs. Alternative sources such as solar may be enough to offset a shift away from fossil fuels, provided we secure badly needed investment in these sectors right now. There are a number of strategies currently being pursued to secure this investment; State Senator Englebright's recent bill, to name just one. It is our obligation to support these strategies and to craft similar strategies of our own.

If you're a Cooper Union student, if you're an architect, if you're an engineer, electrician, housing activist or otherwise involved in New York's building policy, then you are a key part of the struggle for clean water in New York City. And if you're a part of the struggle, then it behooves you to get involved in building policy. These two arenas may seem worlds apart, but when viewed from a distance they are connected by a constant and unbroken stream.