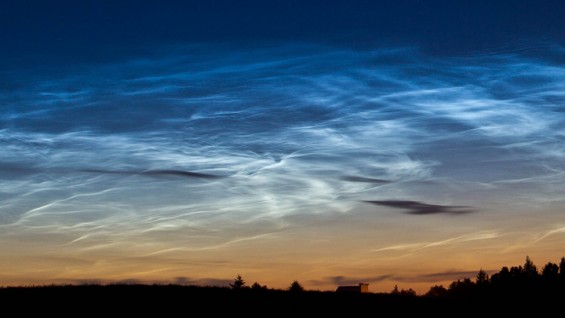 The last year has witnessed a growing publicity campaign around the notion that natural gas can act as a “transition fuel” – an energy source with a smaller effect on the earth’s climate, an energy source we can use as a substitute for dirty coal or oil while we begin the transition to wind and solar. This idea has a particular appeal after Hurricane Sandy: as climate change ravages our forests with droughts and fires and batters our coastlines, we would be fools not to begin a transition to low-impact fuels using the closest low-impact fuel at our disposal, and that means using natural gas. Or so the argument goes.

There are plenty of holes in this argument, but let’s focus on the biggest one: per unit, natural gas has not been demonstrated to have a lower greenhouse effect on the Earth’s climate in comparison with coal and oil. Indeed, if a recent study by NOAA scientists published in the journal Nature is to be believed, the facts could be the exact opposite, at least in the short term.

You see, what we call “natural gas” is mostly methane. Methane is an extremely potent greenhouse gas. While CO2 stays in the atmosphere longer and is therefore more troubling over the long term, methane traps a lot more energy during its time in the atmosphere. Compared to Carbon Dioxide, Methane traps 72 times as much heat over a 20-year period and 25 times as much heat over a 100-year period (according to the IPCC). Unlike coal or fuel, the biggest area of concern for natural gas is not emissions at the point of the fuel’s use—such the CO2 emitted when you drive a car—but the gases emitted at the point of extraction. Even small amounts of methane leakage at the point of extraction could negate the global warming benefits of methane as compared to coal or oil.

The study in Nature, published in January 2013, found 4% methane leakages at a production site in Colorado and 9% methane leakages at a production site in Utah, both well above the EDF's 3.2% leakage threshold after which methane starts actually being worse for the climate than coal. It would be poor science indeed for us to extrapolate general leakage rates from a mere two sites. However, both the comparatively high numbers and the comparatively wide difference between them are telling. In a recent article in Daily Finance, one EDF scientist conjectured that the difference could be attributed to the regulatory environment – Colorado has a more stringent regulatory environment than Utah, and has been dealing with the natural gas issue for a longer period of time.

At the end of the day, this is an argument for better science. We have to understand what our extraction practices mean for our environment, so that we can craft germane legislation, which would in turn encourage better reporting in a virtuous cycle. But the cycle has to start somewhere. In the absence of real science, propaganda takes its place in the public discourse, to the detriment of both our discourse and our planet.