Susan Fowler, the technology op-ed editor at The New York Times, shares her story of facing down one of the most valuable startups in Silicon Valley history--and what came after. She will be joined in conversation by journalist, author, and empowerment advocate Gretchen Carlson. The event is co-sponsored by The Strand and The Cooper Union for the Advancement of Science and Art. Following the discussion, Susan will sign copies of her new memoir Whistleblower: My Journey to Silicon Valley and Fight for Justice at Uber, which both Vogue and Cosmopolitan called one of the "Most Anticipated Books of 2020."

The event is free and open to the public. General public should register to reserve a space. Please note seating is on a first come basis; an RSVP does not guarantee admission.

In 2017, twenty-five-year-old Susan Fowler published a blog post detailing the sexual harassment and retaliation she'd experienced as an entry-level engineer at Uber. The post went viral, leading not only to the ouster of Uber's CEO and twenty other employees, but "starting a bonfire on creepy sexual behavior in Silicon Valley that ... spread to Hollywood and engulfed Harvey Weinstein" (Maureen Dowd, The New York Times).

When Susan decided to share her story, she was fully aware of the consequences most women faced for speaking out about harassment prior to the #MeToo era. But, as her inspiring memoir, Whistleblower, reveals, this courageous act was entirely consistent with Susan's young life so far: a life characterized by extraordinary determination, a refusal to accept things as they are, and the desire to do what is good and right. Growing up in poverty in rural Arizona, she was denied a formal education--yet went on to obtain an Ivy League degree. When she was told, after discovering the pervasive culture of sexism, harassment, racism, and abuse at Uber, that she was the problem, she banded together with other women to try to make change. When that didn't work, she went public. She could never have anticipated what would follow: that she would be investigated, followed, and harrassed; that her words would change much more than Uber; or that they would set her on a course toward finally achieving her dreams.

Susan Fowler has been named a "Person of the Year" by Time, The Financial Times, and the Webby Awards, and has appeared on Fortune's "40 under 40" list, Vanity Fair's New Establishment List, Marie Claire's New Guard List, the Bloomberg 50, the Upstart 50, the Recode 100, and more. She is the author of a book on computer programming that has been implemented by companies across Silicon Valley. 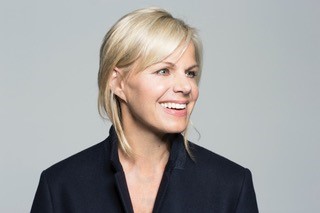 Gretchen Carlson paved the way for the #MeToo movement, with her historic 2016 sexual harassment complaint against the chairman of Fox News, Roger Ailes. Named one of Time Magazine’s “100 Most Influential People in the World,” Carlson is one of America’s most successful news anchors, as well as a globally recognized advocate for female empowerment, with her TED Talk on the subject garnering almost 2 million views.  She is also the celebrated author of the New York Times bestseller “Be Fierce.” In December 2019, Carlson founded the organization “Lift Our Voices” with former Fox News colleagues Julie Roginsky and Diana Falzone. Its mission is to end the practice of Non-Disclosure Agreements, confidentiality provisions and forced arbitration clauses that have prevented employees from publicly discussing and disclosing toxic workplace conditions, including sexual harassment and assault.

Carlson previously hosted “The Real Story” on Fox News and co-hosted the number-one rated cable morning news show, “Fox and Friends," for more than seven years. Her most recent return to television, as host and executive producer of A+E and Lifetime Network documentaries “Breaking The Silence,” “Beyond The Headlines: NXIVM Cult” and “Beyond The Headlines: The College Admissions Scandal.” Her return is a beacon of hope for other brave women demoted, fired or blacklisted from their chosen careers after reporting sexual harassment.