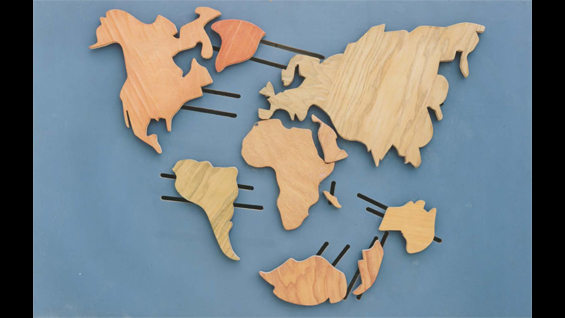 Yto Barrada was born in Paris in 1971 and grew up in Tangier, Morocco. She studied history and political science at the Sorbonne and photography in New York. Exhibitions of her work have been shown at the Tate Modern, the Renaissance Society, Witte de With, SFMOMA, the Centre Pompidou, and the 2007 and 2011 Venice Biennale. She was the Deutsche Bank Artist of the Year for 2011 after which her exhibit RIFFS toured widely.

Her upcoming 2013 exhibition will be at MoMA, the Whitechapel Gallery in London and the Walker Art Center in Minneapolis.

Barrada is also the founding director of Cinémathèque de Tanger. Her first monograph will be published by JRP Ringier in Spring 2013.

Yto Barrada is a Robert Lehman Visiting Artist at The Cooper Union for Spring 2013.