BORROW: The American Way of Debt

In BORROW: The American Way of Debt—How Personal Credit Created the American Middle Class and Almost Bankrupted the Nation, economist Louis Hyman delivers an accessible and informed history on the rise of personal borrowing in the United States, demonstrating that today’s problems are not as new as we think.  Hyman describes the evolution of personal loans, finding that our borrowing patterns are similar to our grandparents, but higher basic expenses, stagnating wages and increased economic competition from abroad have made it harder to repay our debts.

Louis Hyman attended Columbia University, where he received a BA in History and Mathematics. A former Fulbright scholar, he received his PhD in American history in 2007 from Harvard University. He is currently an assistant professor in Cornell University’s School of Industrial and Labor Relations, where he teaches history. 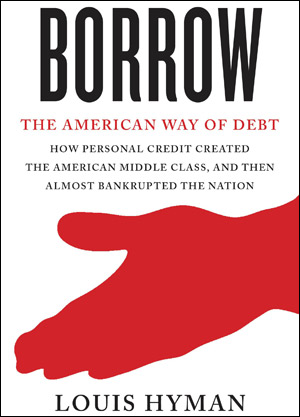