Art to Disrupt the Art Economy 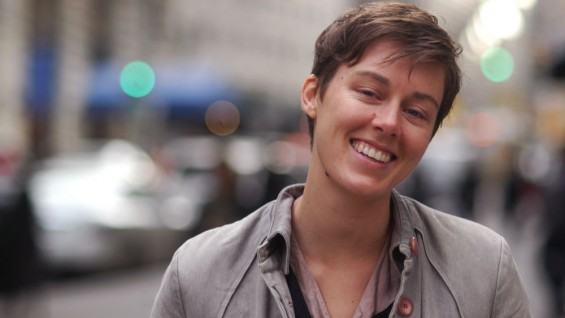 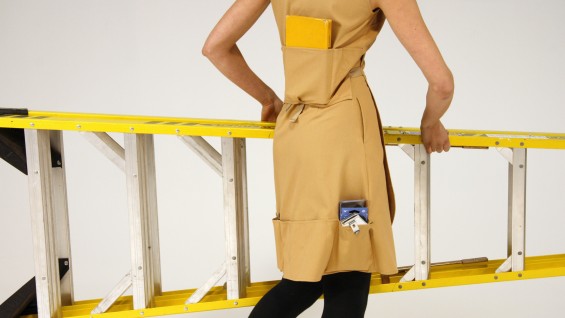 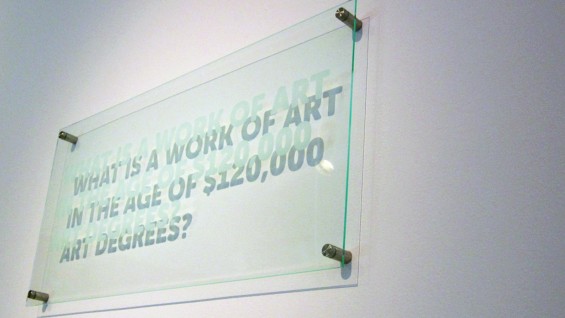 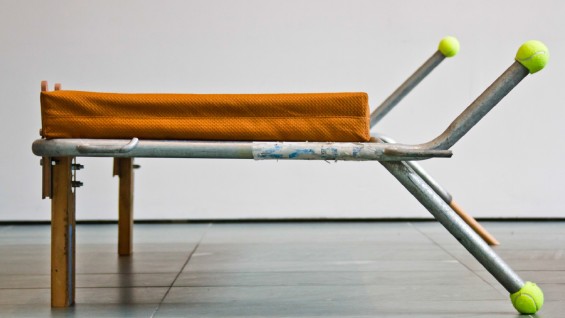 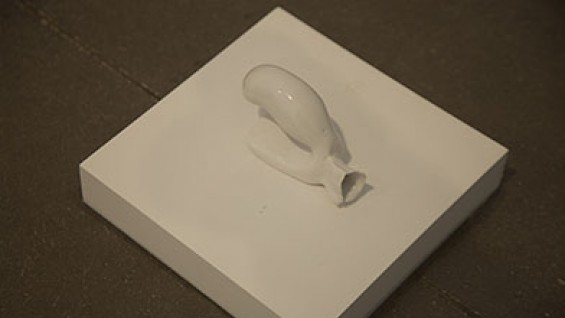 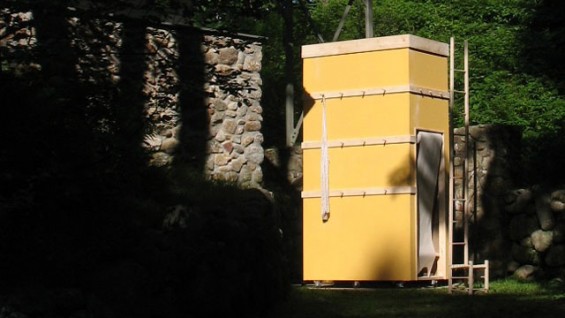 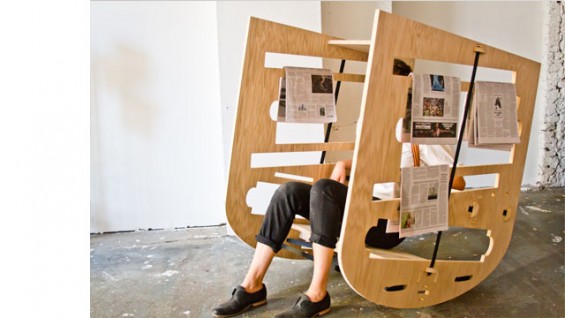 The art of Caroline Woolard, an artist whose work considers how economics, urbanism and politics affect art-making, has been characterized by Art in America as, “a belief in the importance of collectivity and cooperative action.” It’s an apt description for an artist who has founded a number of projects that question the relationship between art and finance and that offer opportunities for direct participation in changing existing paradigms. Woolard, a 2007 graduate of the School of Art, co-founded OurGoods—a hub for exchanging skills, spaces and goods without the use of cash—as well as Trade School, where participants learn and teach new skills on a barter system. More recently, she and a group of colleagues are working together to facilitate the NYC Real Estate Investment Cooperative, which proposes pooling money to purchase real estate that would serve as affordable civic, cultural and cooperative spaces. The goal is “to stabilize neighborhoods and build an inclusive, resilient city,” according to the group’s web site. For another initiative called BFAMFAPhD, Woolard and others accrue information about the impact of debt on artists and connect people to organizations fighting the rising costs of rent and education

This week as she prepares to give the keynote address at Art League Houston, Woolard answered a few questions about her art practice

How do you describe your work?

I aim to communicate across social spheres. I make multi-year, research-based, site-specific projects that circulate in contemporary art institutions as well as in urban development, critical design and social entrepreneurship settings. I am often cited as a socially-engaged artist, I consider myself to be a cultural producer whose interdisciplinary work facilitates social imagination at the intersection of art, urbanism and political economy.

How has that manifested itself?

I create installations and social spaces for encounters with fantasies of cooperation. Police barricades become beds. Money is erased in public. A clock ticks for ninety-nine years. Public seats attach to stop sign posts. Cafe visitors use local currency. Office ceilings hold covert messages. Ten thousand students attend classes by paying teachers with barter items. Statements about arts graduates are read on museum plaques. My work is research-based and site-specific. I alter objects to call forth new norms, roles and rules. A street corner, a community space, a museum, an office or a school can become sites for collective reimagining.

The objects I make cannot be disentangled from their economic and social lives. My "Work Dress" is available for barter only. My "Statements" increase in price according to student loan rates. Artists Report Back is made by BFAMFAPhD, a group that you can contribute to. I understand art as a mode of inquiry that expands beyond exhibition and toward life cycle; from display to production, consumption, and surplus allocation. I begin each project with an invitation. I facilitate an experience. A group gathers. I share and develop leadership. The project becomes a group effort, and the objects multiply. The objects are known in the group and shown much later.

Did your time at Cooper influence your interest in cooperative ventures? Were there specific classes that drew you in that direction (and not necessarily in the School of Art)?

Of course, but I can’t point to any class in particular. After attending this place, the only tuition-free art school in the country, I became obsessed with spaces for cultural equity. This is why, after graduating, I co-founded three collaborative, resource-sharing and advocacy groups: OurGoods.org, TradeSchool.coop and BFAMFAPhD.com.

Your projects seem to eschew corporate help. Can you speak to why that is?

No, that is not correct. How can any art project or art institution in the United States eschew corporate help when public funding for the arts has decreased by more than 30 percent over the past twenty years? Corporate help will come either from philanthropists whose corporate profits are donated to public charities (non-profit art institutions), or from buyers with corporate money whose purchases support for-profit art institutions, or from wages that enable workers to give their time and talents to mutual aid projects in solidarity art economies after work.

As Leigh Claire La Berge said in her 2014 lecture at Proteus Gowanus called The Campus Novel as Financial Text: The Work of the Humanities in the Neoliberal University, “[works of art] are the evidence, if you will, of the benefits of money-losing research” that allows universities to become “sites for the private capture of public money.” Read Andrea Fraser’s work on this topic. Also go to the so-called “involuntary social network for the power elite” known as http://littlesis.org for more information about the impossibility of a “pure” arts ecology that exists outside of corporate funding. I have also written about this in (Un)Doing (Un)Compensation. My projects do question their economic contexts, however, refusing to ignore the political economy of production.

Sure. As you know, the New York City Real Estate Cooperative is a democratic financial organization that exists to secure permanently affordable space for civic, small business and cultural use. Over 350 New Yorkers have gathered together to take the obvious next step in equitable community development by combining cooperative principles, permanent preservation, and traditional real estate investment aimed at serving sectors that have been left behind.

Recently, members of the Public Building Inventory workgroup and the Interim Facilitation team identified a vacant, city-owned, commercial property in Queens that was going to be auctioned off to the highest bidder and, in coalition with Picture the Homeless and many other organizations, they blocked the auction! You can read more about this on our blog. The all-member meeting to democratically elect an empowered leadership will take place on January 28th from 6:30-8:30pm at New Middle Collegiate Church on 7th Street and 2nd Avenue, right around the corner from Cooper Union.

BFAMAPhD poses the question, "What is a work of art in the age of $120,000 art degrees?" How would you answer that?

It is a work that does not disavow the political economy.

In the classroom, arts educators confront the socially idealized occupation of the cultural producer and the frequent disavowal of a relationship between cultural production and the contemporary political economy. It is my aim to articulate existing economies of cultural production as well as plausible futures of cooperation in art. I do this in my teaching, scholarship and independent work. Most recently, my co-authored articles (“On the Cultural Value Debate”) and teaching tools (Of Supply Chains) speak to these concerns.

Is it fair to say that the goal of BFAMAPHD is to make access to art-making possible for all people regardless of class or race? And that you’re trying to make clear the prohibitive cost of the big double whammy: education and housing?

Yes, precisely. As we write in On the Cultural Value Debate: “For us, the value of the arts, and of an arts education, is self-evident. And so we seek to understand and raise awareness about the political economies of the arts to add to a debate about how we can work together to intelligently reform the sector that we value so much. We at BFAMFAPhD agree that economic justification is not the best way to determine the value of the arts in society or of an arts education.”

What is the impact of the cost of housing and education on art and artists? And what does that mean for the city as a whole?

Holland Cotter wrote in 2009 that it’s “day job time in the arts again,” reminding us that Jackson Pollock was a busboy, that Henry Darger was a janitor. The difference between an arts graduate or aspiring artist today and these artists, is that Pollock and Darger did not have $29,000 in debt for BFAs and more in loans for MFAs. Nor were they facing rent burdens of $1200 a month. Pollock was in fact supported by the Works Progress Administration; he was paid by our government in a workforce development program that valued the arts.

What do you see as some of the existing forces that let people be artists if they choose, besides sheer drive?

While artists need “drive,” artists also need to become aware of their own power and privilege. As an artist, I believe that it is my responsibility to contribute to an expanding ecology of culture. If I do not advocate for, support and co-create arts spaces of cultural equity, cooperation and justice, the work that I make will likely be presented in contexts that do not reproduce the values of the work that I make. I’ve written about this in a Proposal for Free/ Open/ Libre Art in 2012 and in Solidarity Art Worlds in 2013. As a member of the collective BFAMFAPhD, and as a working artist, I will continue to advocate for cultural equity in this country and to support existing solidarity art economies.

People need access to living artists and affordable arts education from an early age to even imagine becoming an artist. This can start with artist-mentors in the neighborhood or at the Saturday Program at Cooper, or at a Freedom School like the Paul Robeson Freedom School in NYC or the University of Orange in NJ. As long as arts education is unusual in U.S. public elementary and high schools, as long as higher education is soaring in price, and as long as state-subsidized artist stipends and visual artists unions seem impossible (though they exist in Canada, Finland, Sweden, Denmark, and Scotland), being an artist in the United States will mean working multiple jobs and squeezing art between family, paid work, and rest.

Susan Jahoda and I work together often, and we share a hope of countering the competition that creates contradiction in our collective work, and comes from a sense of isolated desperation, both financial and emotional. Susan and I ask, How do we do a few things well, turning our backs on overproduction and a focus on solo shows and individual acclaim? In our experiences, each project transforms the people who make it, so we open spaces for co-production rather than toiling alone.

All art work shown by Caroline Woolard and other artists where noted.