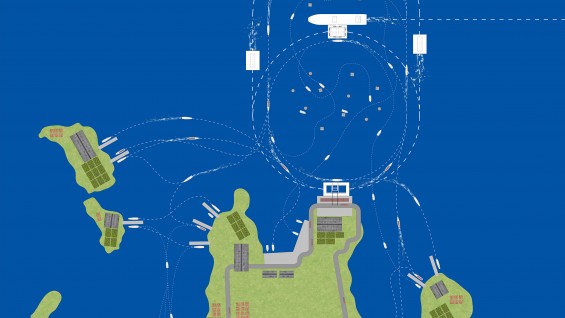 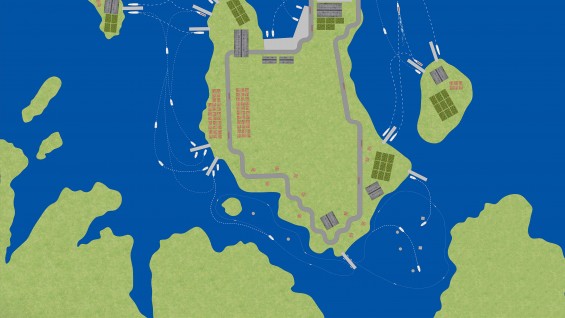 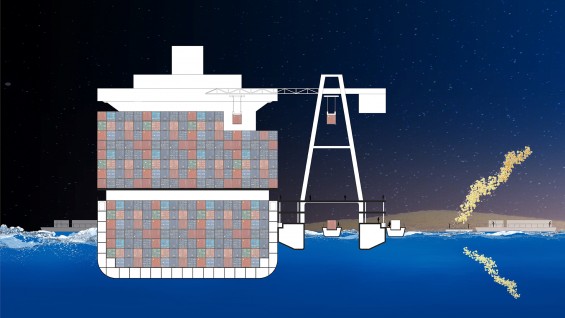 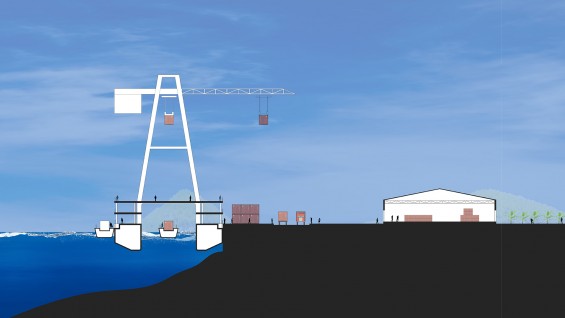 Once the most important trading route that connected the Atlantic and Pacific Ocean, the Panama Canal, endured a history of political and cultural strife that specifically dealt with the autonomous control of the waterway between the Republic of Panama and the United States of America.  More than a decade later, after the handover of the canal back to Panama, the country is now facing a new shift in global interests.  With the growing economical demand of the international community, the size of container ships has redefined the ownership of the Panama Canal; as a canal belonging to the world.  My project deals with the internal workings of the Panama Canal as well as the growth in container vessels, as a way to create a new urbanism which involves the use of boats and floating programmatic spaces.  It will be a community created on the basis of trade and interaction between the vessels and boats, and also a way to urbanize areas where activity is stagnant.