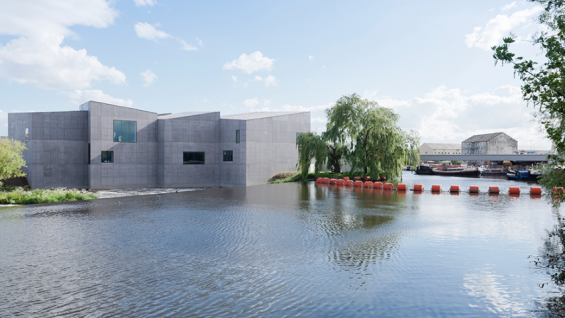 David Chipperfield is recognized for his ability to design buildings that quietly but forcefully create place with their sculptural form, exemplified by his designs for museums such as Berlin’s Neues Museum, winner of the 2011 Mies van der Rohe Award, and the recently completed Saint Louis Art Museum. Chipperfield has consistently emphasized the craft of building, whether in new buildings or in expansions and renovations of historic structures, characterized by a sympathetic but not mimetic relationship between old and new. His firm, David Chipperfield Architects, has an international body of work with wide-ranging typologies including cultural, civic, residential, and commercial projects as well masterplans.

David Chipperfield established David Chipperfield Architects in 1985. The practice, which has won over 100 international awards and citations for design excellence, now has offices in London, Berlin, Milan, and Shanghai. Current New York projects include a new wing for modern and contemporary art at The Metropolitan Museum of Art and a mixed-use tower overlooking Bryant Park. International projects include the Nobel Center, Stockholm; a new building for Kunsthaus Zurich; the restoration of the Neue Nationalgalerie, Berlin; a headquarters building for Amorepacific in Seoul; and De Vere Gardens, a residential development in London; all in progress. Among the firm’s other recent institutional and commercial projects are One Pancras Square, London; Moganshan Road Office Building, Hangzhou; Museo Jumex, Mexico City; The Hepworth Wakefield, West Yorkshire; Turner Contemporary, Margate, England; Museum Folkwang Essen, Germany; and America’s Cup Building ‘Veles e Vents,’ Valencia.