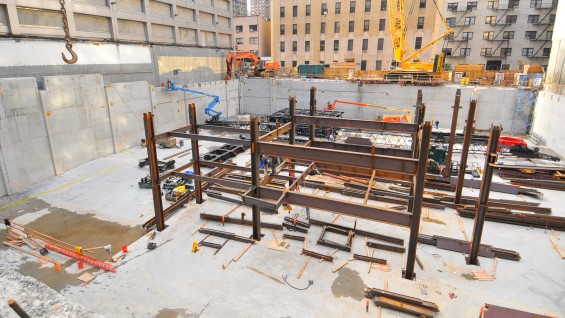 Mersiha Veledar is a practicing architect and an educator. She has lived in New York since she was fourteen years old, where she found refuge through the United Nations after the brutal war in Mostar, Bosnia and Herzegovina.

The genesis of her professional work and studio pedagogy have origins in her “Architecture can Heal” [advised by Lebbeus Woods] hypothesis from The Cooper Union she did in 2003, which received numerous awards and recognitions, during which she decided to focus on typologies of ‘universal’  intimate scale architectural elements such as walls, columns, doors, windows, among a few as a lexicon of ‘fundamentals’ common to all cultures, ethnicities and architectures.

Having witnessed the fall of civic institutions through man-made disasters, her professional work is focused on an array of public programs ranging from schools to museums, to art installations. She has built work both in New York City and overseas. Veledar will talk about these projects in context of her Cooper Union hypothesis: “Architecture can Heal”.

For more information about her work, see www.mersihaveledar.net.

Room 715F at 12PM
The Foundation Building
Lunch will be provided
For an archive of posters of past presentations, please see http://career.cooper.edu/students/arch/culunarch.php.
Sponsored by Career Center and Alumni Affairs
END_OF_DOCUMENT_TOKEN_TO_BE_REPLACED