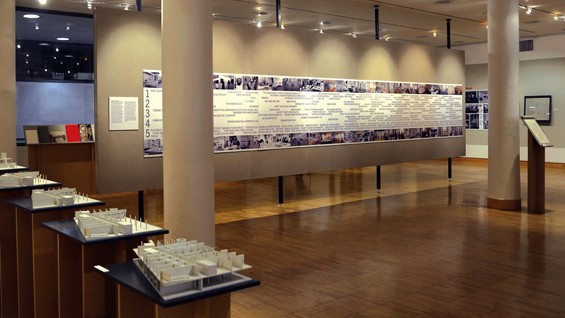 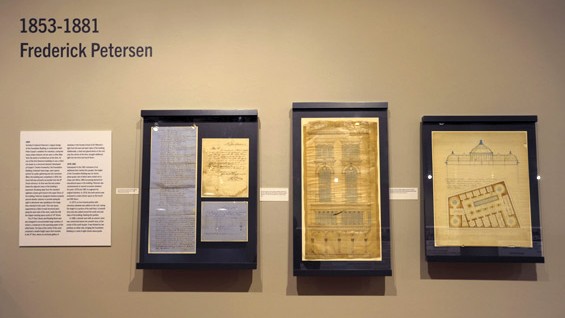 From the opening of the Foundation Building in 1859 to that of the “new” academic building at 41 Cooper Square in 2009, architecture has nurtured and supported the unique pedagogy of The Cooper Union for the Advancement of Science and Art. Reciprocally, the education of architects, from the first drawing classes of 1859 to the full five year undergraduate professional degree program and post-professional master’s program, has been informed and structured within the careful design and re-design of its buildings.The exhibition Architecture at Cooper 1859-2009 traces the history of architecture and architectural education at The Cooper Union and examines how the evolving pedagogy of the program has been embodied and reflected in the changing architecture of the institution itself. The exhibition follows the successive transformations of Cooper Union’s architecture, from the Foundation Building, which was designed by Frederick Petersen and completed in 1859, extensively renovated by Leopold Eidlitz in the 1880’s, and transformed in 1975 by John Hejduk, to the construction of 41 Cooper Square by Thom Mayne in 2009.

The exhibition also examines how the education of architects, beginning with the first drawing classes of 1860 to the five year undergraduate professional degree program and post-professional master’s program, has been reflected in the careful design and re-design of the school's buildings. For the first time, recently discovered blueprints of the Foundation Building from the Eidlitz reconstruction work and design phase blueprints from the Hejduk renovation are on public display. Also featured is an original, rare drawing fragment of the Foundation Building by Petersen, a digital reconstruction of the architectural evolution of the Foundation Building, as well as images of student exhibitions and publications from 1965 to the present demonstrating the development of the Chanin School’s pedagogy—which has influenced the study and teaching of architecture worldwide.