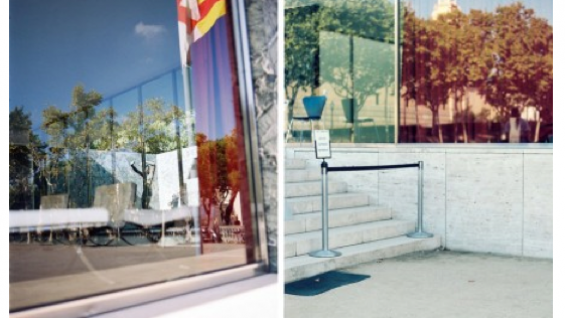 Professor Urtzi Grau's essay "Three Replications of the German Pavilion" has been published in the current issue of Quaderns d'arquitectura i urbanisme, the journal of the Association of Architects of Catalonia.

"Following the closure of the International Exposition of Barcelona in 1929, the future of the German Pavilion designed by Mies van der Rohe hung in the air. Initially a commercial solution was sought, but following the breakdown of negotiations with a local restaurateur interested in opening a restaurant, it was decided that the building would be dismantled. The fate of its remains is still uncertain today. We know that the chromed steel returned to Germany, the metallic structure was sold by weight in Barcelona and the foundations remained on the plot, covered by a garden of palm trees. Mies reused the structure of one of the Barcelona stools for a low table at his apartment in Chicago, his collaborator, Dr. Ruegenberg, converted one of the onyx panels into the desk of his house in Berlin, and Philip Johnson managed to get hold of one of the Barcelona chairs which can still be admired today at his Glass House in New Canaan."  [...]