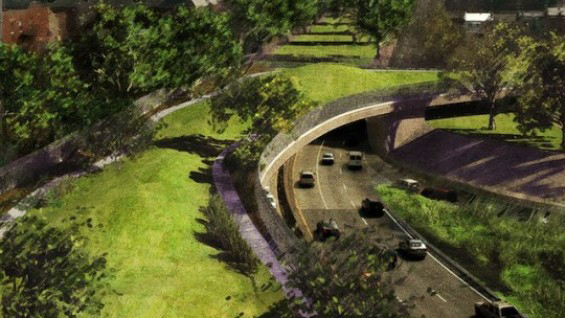 Susannah Drake is the recipient of the The Young Architects Award given by the American Institute of Architects to individuals who have shown exceptional leadership and made significant contributions to the profession in an early stage of their architectural career. She has also been honored with a 2013 Emerging Voices Award by the Architectural League of New York, which is one of the most coveted awards in North American architecture.

"Susannah Drake’s expertise in architecture and landscape architecture has informed her design of buildings and their surroundings. Design of ecological solutions to aging infrastructure and buildings is at the heart of her practice.

Susannah is the founding principal of dlandstudio, an interdisciplinary practice derived from a systems-based, research-driven approach that also values a strong intuitive expression. Her design work is culturally relevant, ecologically productive, and logically constructed; it tackles the nitty-gritty issues facing our urban world with aplomb and verve." - The American Institute of Architects

"Reflecting the various currents of contemporary architecture and urbanism, the Architectural League of New York has announced its line-up for the 2013 Emerging Voices lecture series. The series showcases notable talent from across North America and is selected through a portfolio competition that emphasizes built work. The program has had a remarkable track record at identifying important architects. Past Emerging Voices have included Steven Holl, Morphosis, Jeanne Gang, and SHoP among many other boldface archinames." - Architect's Newspaper