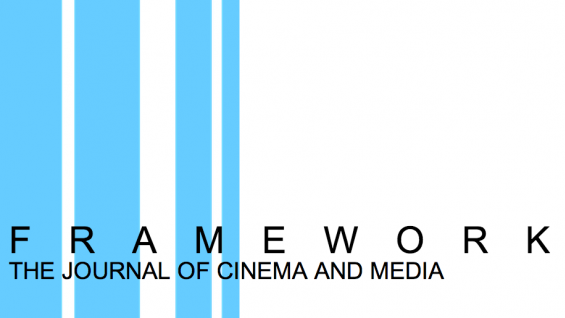 The current issue (Spring 2013) of Framework: The Journal of Cinema and Media includes essays by School of Architecture faculty and alumni.

"In the dossier, Architects on Film: Architects on the Frame, guest edited by Diane Lewis, ten architects were asked to examine a single film still and to write about it in a single page in whatever manner they chose. Each piece, with a personal, almost dreamy, quality, is distinct. At times the still is discussed on its own; at times supporting images are used. Some pieces have a journal-like tone, others seem like a reflection, others are meditative, and others an exegesis. Each is its own “house.”

The essays look at an architectural element in a film and the film itself. This appears as the wall in Soy Cuba (Mikhail Kalatozov, CU/SU, 1964), the beach house in Kiss Me Deadly (Robert Aldrich, US, 1955), the cathedral implicit in the Hollywood metaphor of the epic as cathedral in Good Morning, Babylon (Paolo Taviani & Vittorio Taviani, FR, 1987), the spatiality in Nostalgia (Andrei Tarkovsky, IT/SU, 1983), the blurry horizon ofLe mépris/Contempt (Jean-Luc Godard, FR/IT, 1963), the slice of a building and slice of personal separation in Medianeras/Sidewalls (Gustavo Taretto, AR/ES/DE, 2011), the gray and white tone of the day inside a church in Winter Light (Ingmar Bergman, SE, 1963) the relationship in2001: A Space Odyssey (Stanley Kubrick, US/UK, 1968) of cold, infinite outer space to earthly living space and more. Many of these cinematic details have been noted often by cinephiles but here these details are seen as pieces of a larger world frame where, arguably, film is as organic to our societies, as buildings are." —Drake Stutesman