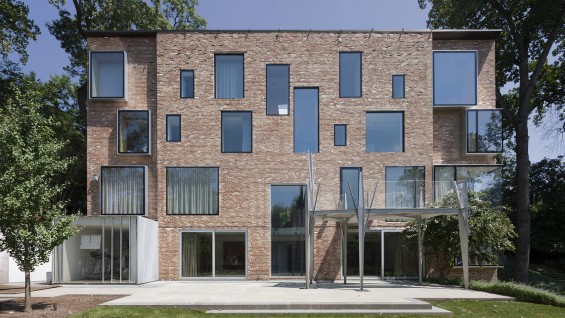 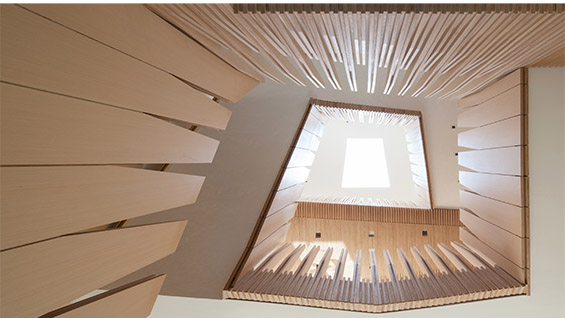 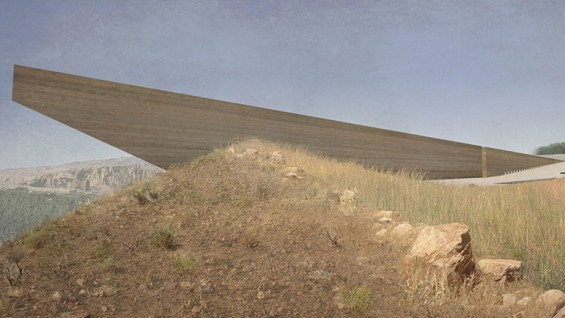 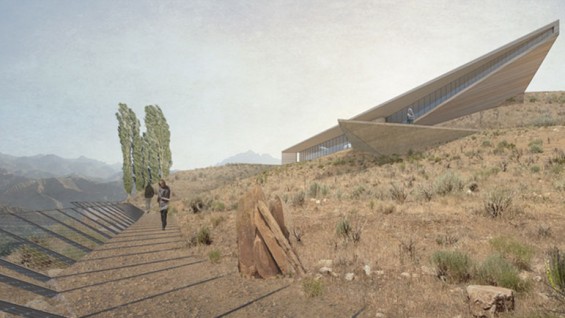 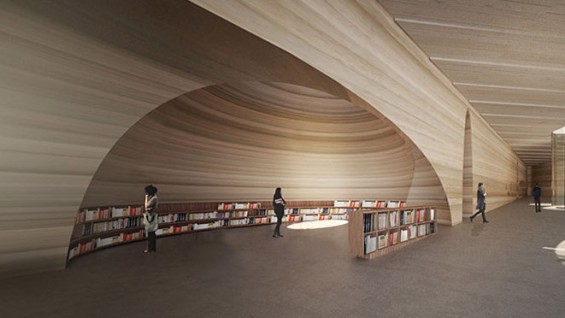 Dean Nader Tehrani’s firm, NADAAA, was awarded two prizes by the Boston Society of Architects (BSA), which recently announced the winners of their annual design awards. The firm won an Honor Award for Craft for a residence in Washington, D.C., and the Hobson Award for Unbuilt Design for a cultural center in Afghanistan.

NADAAA was hired to expand an existing 1920s brick house, a two-story structure with a basement and an attic in central Washington, D.C. The owners wanted to respect the original building while creating more room for their expanding family. NADAAA took advantage of the sloped site to place the living room on the garden level and elevated the roof to convert the attic into an additional floor, making the house four stories tall. The greater challenge came in making the brick house, now dubbed Rock Creek House, more open to sunlight. To do so meant converting the southern elevation to open up large scale openings, in turn creating a curtain wall, supported by a steel structure, where it had once been load bearing. To accomplish this and maintain the structural integrity of the building, the architects excavated the house’s brick from areas of the house where they expanded or added windows and used those bricks in the basement and attic. “We basically cut and filled the entire project—and with a new prosthetic infrastructure to hold it up,” said Dean Tehrani. “And effectively if you looked at it now you wouldn't know what it used to be. It looks like a new building, and yet, it looks as if it has been there for years.”

The structural changes were also expressed in the building’s interior. What was once a traditionally divided set of discrete rooms has been converted into an open plan on the south side of the house with a central staircase that knits spaces together.

To date Rock Creek House has won four awards: the AIA DC Award of Excellence in Architecture; winner in the single-family category in the Architect’s Newspaper’s Best of Design competition; the SARA National Award in Architecture; and the BSA Honor Award for Excellence and Craft.

The BSA awarded the Hobson Award, which signifies best in category, for Unbuilt Project to NADAAA for its Bamiyan Cultural Centre. To commemorate the Bamiyan Buddhas, which were destroyed by the Taliban in 2001, UNESCO and the Ministry of Information and Culture of Afghanistan called for a cultural center to be built near the site of the two immense Buddhas, which had been sculpted out of sandstone more than 1,500 years ago. The competition brief called for a center that would recognize the history of the many cultures that inhabited the valley—Hellenic, Roman, Sassanian, and Hindu. From the 1st to 8th centuries the area served as an important Buddhist center and eventually a stop on the Silk Road. According to UNESCO, the center was to  “be a cornerstone in efforts to preserve culture, promote research and build community around culture, in order to build cohesion in a fractured cultural context.”

In response to the brief, NADAAA proposed a building constructed from rammed earth that descends into the site along a canyon’s edge. Once inside, visitors are confronted by a glass wall that creates what the firm calls a “cone-of-vision,” a panorama on to the spectacular landscape of the Bamiyan Valley, running from the niche of the eastern Buddha all the way to the western one. Near a village of courtyard houses, NADAAA’s cultural center echoes local conditions both in the firm’s choice of materials and its form, which consists of an exterior ramp and a set of courtyards. The center’s auditorium and gallery offer extraordinary views of the canyon below and of the now-empty niches.

Coincidentally, Elizabeth O'Donnell, associate dean of the The Irwin S. Chanin School of Architecture was one the seven judges of the Bamiyan Cultural Center competition. At the time, February 2015, she was acting dean. Nader Tehrani was appointed dean in July of 2015.

Though NADAA did not win the Bamiyan Cultural Center competition, the Boston Society of Architects saw something exceptional in it. According to the BSA’s web site, “The jury was impressed with the quiet sophistication of the design and the deliberate desire to make the architectural construction of the center reference the context of this historic cultural site.”