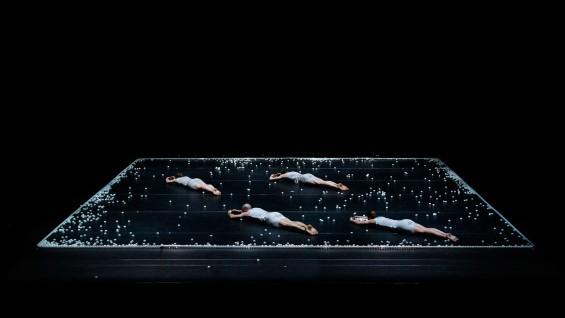 On December 28, 2011, The New York Times profiled Cooper Union School of Art alumn Daniel Arsham (A'03) and his work designing a set for the Mercu Cunningham Dance Comapany.

Daniel Arsham was barely aware of Merce Cunningham in 2005, when he got a call telling him that he was being considered as the set designer for the next work by Cunningham’s dance company. Mr. Arsham was 25 and just two years out of art school at the Cooper Union. “I knew him from my studies,” he said recently, “but as a passing name.” A few months later Mr. Arsham — who at first didn’t even know the concept of “stage right” — was at work on the set for Cunningham’s 2007 piece “eyeSpace.”

"I became a student again,” said Mr. Arsham, who watched rehearsals and went to see the Merce Cunningham Dance Company at the Joyce Theater several times in an effort to master a new medium.