City Living: Is It Sustainable? 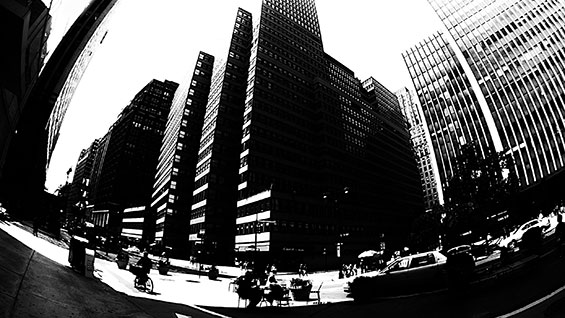 The free, public lecture series, "Cities in Crisis: Ecological Transformations," starts its six-week run on February 11 at 6:30 in the Great Hall and each Monday thereafter.  Though it seems directly linked to hurricane Sandy's toll on New York City, in fact it was presciently organized just weeks prior to the disaster.

Back in early October of 2012, Toby Cumberbatch, Professor of Electrical Engineering, was charged with suggesting a speaker for a public seminar as part of the Benjamin Menschel Distinguished Visiting Professorship fund.  Prof. Cumberbatch mulled over possible topics.  It had to appeal to students of all three schools as well as the public at large.  He decided to focus on cities and their role in building an environmentally sustainable future.  Sixty percent of the world's population will be living in urban areas by 2030, according to a 2007 study by the United Nations Population Fund.  "The consequences of all these people living in cities is something we should make our students and the citizens of New York City aware of," Prof. Cumberbatch says.

So Prof. Cumberbatch invited Dr. Steward Pickett, past President of the Ecological Society of America and current Director of the Baltimore Ecosystem Study to deliver a weekly lecture series titled "Cities in Crisis: Ecological Transformations."  During the formation of those lectures, Sandy struck.

"Professor Cumberbatch wanted to focus on how cities are under threat, with an emphasis on the global realm," Dr. Pickett says.  "The first lecture, 'Globalization and the Changing City,' sets the stage for the rest by focusing on the ways we think about cities and how the limits of that thinking effect our ability help our cities adapt to climate change." Dr. Pickett, who co-edited the just-published Resilience in Ecology and Urban Design (Springer), has studied urban ecology for 20 years and started that work in New York City.  He is currently a plant ecologist at the Cary Institute of Ecosystem Studies.

The February 25th lecture, "Natural Disturbance and the City," was adapted for the post-Sandy environment of New York City.  But including the storm presented some challenges. "The kinds of data I am used to thinking about as an ecologist are not available yet," Dr. Pickett says.  "But also the on-going human catastrophe of it makes it tough.  It is tricky to talk about in a sensitive yet scientific way."

How does New York City fare in its approach to a sustainable future?  "New York City is doing some pretty smart things in terms of sustainability," Dr. Pickett says. "The Million Trees program is an international model to create environments that are attractive and calming and healthful. New York is emblematic of many urban problems.  It is a coastal, low-lying city.  It needs to work on how to absorb natural disturbances rather than resist them.  What New York does will have to be mirrored in other places."