Benjamin Strauss: Engineering to Save Lives 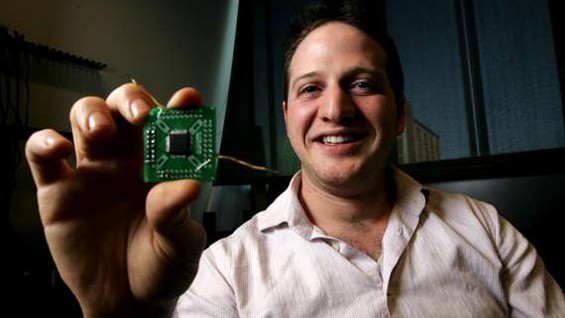 Engineering student and 2012 commencement speaker Benjamin Strauss was recently featured in the press for his senior thesis project at Cooper Union. Appearing in The Record, Bergen County, New Jersey’s popular daily paper, Strauss was profiled for his device "irescu," an advanced defibrillator that he researched and developed while completing his undergraduate degree. Irescu is inserted into a subcutaneous layer over the heart and would be used to prevent sudden cardiac arrests in people who suffer from arrhythmia.

Mr. Strauss says that his work as an EMT has inspired him to develop projects that allow less intrusive and more attentive care to ambulance patients. After learning of a potentially dangerous yet common misdiagnosis of a heart attack on the job, Strauss set out to create a device that would help medical professionals detect and diagnose silent heart attacks with greater accuracy. In addition to irescu, Beni has researched and developed another device, "CardiaGard," which montiors the heart to detect and treat coronary artery disease--a condition that affects more than 15 million Americans. Strauss has filed a provisional patent application for CardiaGard earlier this year while continuing his studies at Cooper Union as well as his night shifts as an EMT.

Electrical Engineering Professor Toby Cumberbatch advised the project, and commented that the work could improve the lives of millions. Strauss's device, if mass-marketed, could compete with Cameron Health's new and very similar creation, the S-ICD.

You can read the complete story on NorthJersey.com.

Benjamin Strauss also presented a talk on his experiences at Cooper Union and working as an EMT at Cooper Union's TEDx conference. Click here to stream the video.